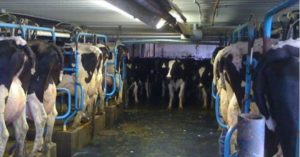 Changes to regulation of ‘low risk’ products: The ACCC is concerned that a regulatory gap may emerge for the following ‘low risk’ products if they are excluded from the TGA – ear candles, nappy rash cream, antiperspirants, hard surface disinfectants, sunscreens, tampons and menstrual cups, vitamins and minerals, aromatherapy and homeopathic products.

Anti-Vaccine hotspots are getting hotter: “As we’ve pointed out countless times here on SBM, childhood vaccinations stand out as one of the most successful public health interventions of all time. They have saved millions of lives and prevented untold suffering. They are safe and they are effective. Despite this, we are seeing a rise in parents seeking to exempt their children from the recommended vaccine schedule and this new paper further reveals that many of these children are clustered and perfectly positioned to serve as epidemiological kindling. The reasons that these parents seek exemptions are many, and have largely been covered in previous posts. My fear is that we are past the point of reversing this trend and that only a series of large and deadly outbreaks will get through. That may not even be enough for some.”

ASCO endorses the integration of quackery into breast cancer care: “In clinical guidelines in real medicine, though, ‘recommendation’ means just that: a recommendation to use the treatment in question, graded, of course, according to the strength of the evidence. Yet here in the world of integrative medicine, ‘recommendation’ means something…squishier. One can’t help but make the analogy that integrative medicine’s evidence standard is squishier than that of real medicine.”

H.O.P.E. – A movie promoting veganism: “Humans evolved as omnivores. We like the taste of animal products. The movie wants everyone to subsist only on plants. I don’t see that as either necessary or as practically achievable. I don’t see any reason we can’t enjoy meat in moderation while also minimizing harm to the environment and treating animals humanely. H.O.P.E. is one of those pseudo-documentary movies that tell a one-sided story and promote their agenda by manipulating the viewer with appeals to emotion. Our decisions should be made on the basis of rational thought and a balanced assessment of all the scientific evidence, not on the basis of emotion.”

Vaccine policy: Dorit Rubinstein Reiss – an index of her vaccine articles on this website: For your enjoyment, a collection of the articles by Dorit Rubinstien Reiss, a law professor who has written extensively on vaccines, particularly on the legal and accountability issues surrounding vaccines and refusal.

Getting a heart check early can prevent heart attack and stroke in Indigenous Australians:  “Heart disease risk can be lowered through lifestyle changes, including giving up smoking, losing weight and exercising more, as well as using medications that lower blood pressure and cholesterol levels. Generally, all people who have heart disease and those at high risk should be prescribed preventative medications. Yet this latest evidence shows only 53% of Aboriginal and Torres Strait Islander peoples with existing heart disease and 42% of those at high risk were using cholesterol-lowering medications. We don’t know the exact reasons for this. It could be due to a number of things including people not getting a heart check in the first place, and not continuing to use medications when they have been prescribed.

We don’t know the exact number of Aboriginal and Torres Strait Islander people receiving a heart check, but we do know overall numbers are low and it varies by region. Estimates among Aboriginal and Torres Strait Islander people with diabetes found rates of heart checks ranged from about 3% of people in participating health centres in Queensland, South Australia and Western Australia to around 56% in the Northern Territory. This highlights the huge potential to prevent future heart attack and stroke in these communities by improving treatment in people at high risk.”

The Eradication of Smallpox. How we conquered the deadly smallpox virus – Simona Zompi: In the 18th century in Europe, 400 000 people per year died of smallpox – a disease so deadly that 30% of people who caught it died. It is a terrible tragedy of human psychology that the more safe and protected we are from debilitating infectious diseases thanks to medical science, the more likely we are as a population to under-appreciate our privilege and to romanticise eras and cultures where infant mortality was 25%.

Anti-Vaxxers more likely to believe in conspiracy theories: It can be very difficult for many of us to understand why people would so steadfastly stand behind an indefensible position like anti-vaccination. Yet when ones thinking has departed from reality sufficiently that large swathes of society can simply be dismissed as ‘corrupt’, it becomes easier to understand their suspicion and non-acceptance. In general, I believe that it is important to understand, and to recognise conspiracy thinking. It has a simply amazing ability to block reason, science and rationality.