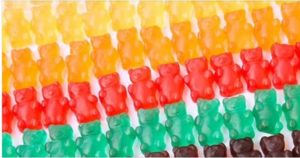 ALP commits to disclaimers for evidence-free medicine: “Adjunct Associate Professor Ken Harvey, a public health expert at Monash University, said there were many examples of ‘craziness’ in product claims made under the current regulatory framework. These included a ‘fat burner’ product that was permitted to claim that it “helps decrease body weight” as long as it also included the words ‘when used in conjunction with a program of reduced intake of dietary calories and increased physical activity’.”

10 common pharmacy products you don’t need: “You might think pharmacies only sell products worth buying, and certainly the medicines sold from behind the counter would fall into that category. But scanning the shelves, we found a surprising number of products that couldn’t possibly live up to their claims, others that might do more harm than good and some that don’t offer very good value for money. Here are 10 you might give a miss, eg Bioglan Melatonin: Melatonin helps some people with sleep problems, but there’s no evidence homeopathic melatonin such as Bioglan Melatonin works”

Parents who refuse to vaccinate will be docked money from their family tax benefit from today: Previously parents whose children are not fully vaccinated lost their Family Tax Benefit Part A end of year supplement, worth $737. The new changes will see them lose $28 per fortnight instead, which is overall roughly the same amount of money. The minister said getting less cash would be a “constant reminder”.

The risks associated with gestational diabetes don’t end after pregnancy: “If gestational diabetes is not well managed, there’s greater risk of complications during pregnancy and childbirth for both mother and baby, including high blood pressure, premature birth, having a large baby, or needing a caesarean section. With good pregnancy care, healthy eating, physical activity and the use of medications such as insulin or metformin (which lowers blood glucose levels) where needed, many of these problems can be avoided. A blood test six to twelve weeks after childbirth can confirm if the diabetes has gone away. After this it can be tempting to forget about the gestational diabetes altogether. Unfortunately, however, we know this is not necessarily the end of the diabetes journey.

Unhealthy fixation: The misleading war on GMOs: The food is safe. The rhetoric is dangerous. Here is a prime example of an issue with no basis in fact that has taken hold in modern society in a big way. This article is a big read but even sampling a portion of it will show how GMO opponents will basically claim anything to promote their agenda. These are people with no scientific training claiming all manner of strange events occurring in GMO foods and how this will harm the environment and people. Many years down the track, people have swallowed the anti-GMO line and truly believe GMO foods are dangerous. GMO-free is a big selling point these days with some US states and European countries requiring the labelling of products with GMO content. And all of this without any proof GMOs cause harm. People are truly a mystery at times.

Science or Snake Oil: does EASEaCOLD really help to shorten your cold? EASEaCOLD, and other similar preparations, sit on the pharmacy shelf in the cold and flu aisle, and can be easy to pick up without realising that it is an herbal remedy. The evidence for black elderberry, echinacea and garlic in treating colds is very limited, and while some evidence exists for zinc and white willow (metabolised to an aspirin like compound) for preventing colds treating cold symptoms, you’re probably better off reading a few labels and sticking to those lovely cocktails of paracetamol and decongestant for symptom relief. (Though this editor would encourage you not to ‘soldier on’ through colds and flu, consider others and take the day off work!).

The invention of the oral contraceptive pill. Freer sex and family planning: a short history of the contraceptive pill: A treatment for a number of medical conditions as well as a means of empowering women to control their own fertility, “the pill” has had many important health and societal impacts.

Most people don’t benefit from vaccination, but we still need it to prevent infections: We can make informed decisions in public health.  A few weeks ago we covered an article from The Conversation which discussed the role of the influenza vaccine in reducing your absolute risk of contracting influenza. It was the opinion of our editors that while factually correct, this article somewhat ‘missed the point’ of public health interventions like the influenza vaccine, in that they must be considered at a population level, rather than an individual level. The article in the link discusses how decisions for public health programs are made, how risk vs benefit is considered and puts it into context of the influenza vaccine. Interesting reading for those who commented on the previous post.

False medical exemptions for vaccines – Dr Bob Sears medical license on probation resulting from his anti-vaccine views: Dr Bob Sears is a known Anti-Vaxxer, whose book and media statements serve to discourage and delay vaccine use. He has had his medical license put on probation, due to negligence and poor record keeping. This is due to a patient whose symptoms were not checked, but were exaggerated for the sake of vaccine exemptions. What is interesting is how little concern for the patient Dr Sears shows in his practice of medicine. When the child mother claimed a vaccine reaction, Sears claimed intestinal and renal failure, but did not even bother to check the child’s medical records. This pattern continued with a claim of severe encephalitis. Even with head trauma due to a HAMMER STRIKE Dr Sears did not even bother to properly examine the patient. This truly puts the lie to the idea that anti-vaccine friendly doctors are motivated out of concern for their patients.