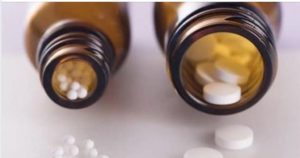 Do sunscreens cause cancer? Conclusion: Not good science. Plourde’s book is a cherry-picked, poorly reasoned diatribe, not a fair assessment of the scientific evidence. The bottom line: no, sunscreens don’t cause cancer; they protect against it. There are some legitimate concerns about possible adverse effects and environmental impacts, and we can continue to study possible risks and to look for newer, more effective, safer sunscreens. Meanwhile, we can continue to use existing UVA/UVB sunscreens judiciously, cover up, and avoid unnecessary sun exposure.”

High Court backs NHS decision to stop funding homeopathy: There is no robust evidence to support homeopathy which is at best a placebo and a misuse of scarce NHS funds.”

Diane Harper, star of anti-vaccine memes, supports HPV vaccines: Diane Harper is a researcher who has ran and published clinical trials relating to the HPV vaccine, touting their efficacy and her support of the HPV vaccination programme – but the anti-vax community refer to her as the lead Gardasil researcher who “came clean” about Gardasil so she could “sleep at night”. When questioned, she seems firmly in favour of the vaccine. Are her previous anti-vax statements then misquotes, accidental or glimpses of some previous doubts she had about the program? The real answer does not matter to the anti-vax community though, as she continues to be used in pervasive memes as the whistle-blower for some kind of conspiracy.

Research Check: can tea towels cause food poisoning? “The research is interesting but shouldn’t cause concern. The majority of bacteria identified were enterococcus and pseudomonas species which are not classically involved with food poisoning unlike campylobacter, salmonella, escherichia and listeria species. But there are some practical points to take away from the research. For the best protection, wash the tea towel after every use. But most of us are unlikely to do this, so waiting until tea towels are dry is okay, as drier tea towels will have a lower bacteria load. It’s best to use tea towels for a single purpose such as drying the dishes, rather than multiple purposes. This will reduce the towel’s bacterial load.

Disposable paper towels are less likely to accumulate bacteria than tea towels that are used multiple times, but the research is yet to establish whether they lessen the risk of gastroenteritis. Surprisingly, tea towels are not the dirtiest item in the kitchen. More than 75% of dish sponges/rags contain bacteria. Yet most people who use dish sponges/rags with their hands don’t get gastroenteritis.”

Vaccines are “unavoidably unsafe”, but that doesn’t mean that they are dangerous: “In short, ‘unavoidably unsafe’ is simply a legal term that means the manufacturer is not liable because they cannot do anything to make the product safer. It does not mean that the product is dangerous and should be avoided.” For example peanut butter is generally safe (unless you have an allergy). The only way it could get any safer would be to remove all the peanuts. So peanut butter can be declared “unavoidably unsafe”, meaning that someone suffering anaphylactic shock cannot and should not be able to sue the manufacturer (assuming that the product was correctly made and labelled). After all nothing in life is 100% safe. Similarly vaccines are “unavoidably unsafe” meaning that they are as safe as it is possible for them to be. There are some side effects, but they are generally safe, and risks are hugely outweighed by the benefits. For this reason it is unfair to expect to sue a vaccine maker over normal side effects. This legal definition DOES NOT identify vaccines as dangerous.

No, metal oxide nanoparticles in your food won’t kill you: There are some people overly concerned that nanoparticles in their food are doing them harm. Nanoparticles, particularly titanium dioxide, have been included in food for decades. It has only been more recently that their presence has been recognised and given a name. As with so many other health concerns, misinformation and shoddy science journalism have created a concern where none should be. The safety of nanoparticles has already been assessed and deemed to be of no concern. There are more important things to worry about.