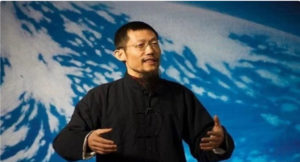 Death by “Slapping Therapy” – The role of the National Institute of Complementary Medicine, and others, in this tragedy: In 2015. a 6 year old boy died in Sydney after he was subjected to “slapping therapy” to cure his diabetes by correcting the flow of “chi”. Long read about the dangers of pseudoscience and the infiltration of government-supported TCM into universities and medicine.

“Australian-first” Penalties for Male Hormone Clinic: “Wellness Enterprises Pty Limited”, which traded as “Australian Male Hormone Clinic”, has been fined $127,500 plus costs after being found guilty and convicted of 17 charges related to unlawful advertising of regulated health services.

Traditional Chinese medicines are popular forms of complementary medicines, particularly in parts of Asia. While some regulation exists in these areas to monitor the contents of these products, undeclared agents are often found. For Australians, medicines may be accessible online or imported through other means. The solution is to ensure all substances that one takes are from reputable, registered sources – and even better, evidence based and FDA- and TGA-approved!

Note: If TCM does work, then it becomes medicine. For example, the malarial treatment, Artemisinin, is derived from TCM herb, Sweet Wormwood. Artemisinin was developed into an effective pharmaceutical that passed clinical trials and received FDA approval.

Andreas Vesalius: Andreas Vesalius wrote the definitive work on human anatomy in 1543: De humani corporis fabrica libri septem (“The Seven Books on the Structure of the Human Body”). He worked with human cadavers, doing all the dissections himself. In doing so, he overturned the knowledge of the day based on the work of Galen in the 1st century derived from animal dissections. Vesalius’ Fabrica was the first truly accurate work on human anatomy, providing knowledge that would lead to the downfall of the Four Humours theory (blood, yellow bile, black bile and phlegm) of human disease.

Explainer: what is thunderstorm asthma? The best way to treat thunderstorm asthma is to prevent it occurring, where possible. So good asthma control is essential. Anyone with asthma who has allergy symptoms in spring (including hay fever, or worsened asthma symptoms) should use a regular preventer inhaler, even if they feel well. These inhalers are designed to reduce the inflammation in the lungs over a period of time, and prevent an asthma attack occurring. All asthma sufferers should have a written action plan from their doctor, which describes the steps to be taken if symptoms escalate. In the event of a thunderstorm asthma attack, treatment will be the same as any other acute asthma attack, which usually involves the administration of inhaled mediation to dilate the airways, plus an anti-inflammatory medication.