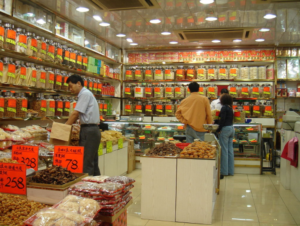 TCM (Traditional Chinese Medicine): New Developments: China is protecting its $40bn Chinese medicine export and sales industry and attempting to grow it and is influencing our country [Australia, but probably many other countries too] through the back door, by giving millions of dollars to our Universities for so called ‘collaborative’ research which may translate into building TCM ‘research’ hospitals – here and abroad.

(Yiling Pharmaceutical, a company that makes herbal remedies based on traditional recipes, has a market capitalisation of $3bn! )

Interesting concept… Why we should pay people to stop smoking: “One evidence-based approach that has not received much attention in Australia is using financial incentives. Incentives programs reward quitters for not smoking by giving them a monetary voucher. The quitter’s abstinence is verified using biochemical tests of either their saliva, urine or breath. Financial incentive programs are one of the most effective and cost effective strategies for getting people to quit. They are considered the most effective strategy for pregnant smokers. They are also cost effective, with the calculated net benefit (after taking into account of the incentives used) being around A$4,300 per smoker, per attempt to quit. There have been a number of studies showing their benefits.”

The Invention of IV Fluid Hydration. What is now so commonly part of hospital practice for dehydrated patients or those who cannot keep up oral fluid intake first demonstrated its utility during a cholera epidemic in the 1830s.

Fighting the flu can be a matter of life and death – so what more can we do?: Unlike other vaccines that are more than 95% effective at protecting against a specific disease when a full dose is administered – for example, the chickenpox and polio ones – the flu vaccine is, on average, only 40% protective, although this varies depending on the flu strain. By comparison, staying home from work when suffering the flu, hand-washing, and covering one’s mouth when coughing and sneezing protects against spreading the disease 68% of the time. He emphasises the importance of those in higher-risk groups getting the vaccine, including pregnant women, who can get immunised for free under the national immunisation program. “Even 30% or 40% protection against going to hospital is better than nothing,” Collignon says.

Australia’s health minister, Greg Hunt, has asked the chief medical officer, Professor Brendan Murphy, to ensure that all aged care workers are properly vaccinated. There is no mandatory requirement for this at present. “I will work with the medical authorities, healthcare workers and the aged care providers on how we can make it compulsory for those working in aged care facilities,” Hunt says. “We cannot continue to have a situation where people whose immunity is already low are at risk from others who may be infected.”

(…and the work of three Nobel Prize-winning scientists) we now know the molecular basis for the internal ‘body clock’ behind circadian rhythms: 2017 Nobel Prize in Medicine Goes to 3 Americans for Body Clock Studies: The win was unexpected for these scientists, as more ‘trendy’ discoveries of cancer immunotherapy and gene editing were also nominated for the Prize. The work has the potential to influence how we approach sleep-related diseases in humans, shift work, jet lag and our understanding of plant and animal biology.

Joseph Lister Biography: Please ignore the rather awkward banner to this article (children, death, young, etc) and read about the man who introduced the principles behind Pasteur’s research into microbes and fermentation into the operating theatre. By innovating the use of carbolic acid (phenol) for dressing surgical wounds, Lister drastically reduced the number of post-surgical deaths, thereby allowing surgical procedures that surgeons had not dared attempt due to the risk of infection. The introduction of the practices of anaesthesia and asepsis has made all of modern surgery possible.