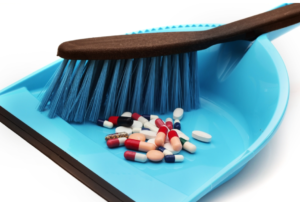 Gardasil: a little jab helps protect against some cancers: “My only pain during the 10 minute loop electrosurgical ­excision procedure was caused by a couple of jabs from the needle that administered the local anaesthetic. A couple of much less expensive (and less invasive) jabs will spare the next generation of Australian women from finding themselves on the gynaecologist’s operating table, let alone becoming one of 250 who die of cervical cancer each year.”

Illegal for health funds to support some ‘natural’ therapies’: As part of its overhaul of private health insurance, the Federal Government has decided to remove the insurance subsidy from a range of ‘natural’ therapies. A statement from the Department of Health says that consumers can still choose to access these services, but they will not be able to claim benefits from their insurer

In Hong Kong, Folk Remedies Are Sickening Patients: Every few weeks, Dr. Tony Wing Lai Mak, a pathologist at Princess Margaret Hospital in Hong Kong, receives blood and urine samples from yet another patient hospitalized after taking a traditional Chinese medical or health supplement. His toxicology lab finds the same culprits over and over: adulterants hidden in the dose. Although the Hong Kong Department of Health regularly issues warnings about the medicines, “we’re still seeing this all the time,” Dr. Mak said. “These are illegal products that are damaging to people’s health and can even kill. Yet somehow, they’re still here.”

A scientific breakthrough offers hope for an AIDS vaccine: AIDS affects more than 36.7 million people worldwide. Combining three different antibodies makes it nearly impossible for the disease to mutate. A Phase 1 trial on a drug is to begin in late 2018 and could be on the market within the next three years.

Randomised control trials: what makes them the gold standard in medical research?: When a new treatment becomes available for a particular health condition, such as a new medication to treat a disease, it’s tested to see whether it’s effective for its intended purpose. It’s also tested for potential side effects. This is done through a series of human trials, known as clinical trials.

Filters: a cigarette engineering hoax that harms both smokers and the environment: Cigarette filters were initially introduced by the tobacco industry in the 1960s to make cigarettes “safer”. But we now know they provide no safety, no health benefits, and are a major cause of environmental littering.

Human experiments – the good, the bad, and the ugly: The history of human experimentation. Initially, people were experimented on without their consent by well-meaning (and sometimes not so well-meaning) doctors. This continued through World War II and beyond, culminating with soldiers being exposed to nuclear tests, until reform finally impacted on the practice. Modern human experimantation is largely restricted to the clinical trial where the consent of the subject and concern for their rights is paramount. And while there is still some abuse of trial subjects and the trial process (such as right-to-try laws), modern experimentation is rigidly controlled, as any medical researcher could readily attest. Also, the cartoon about the “side effects” of Jenner’s early work immunising with coxpox is quite hilarious, but also outlines the fears people have about unknown procedures, something still with us today.

Great moments in health and science:

Electron microscope: The Invention of the Electron Microscope. Allowing magnification up to 2 million times, electron microscopes have allowed the some of the smallest, otherwise invisible, sub-cellular worlds to be seen by human eyes.