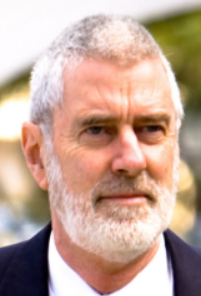 New complementary medicine health claims lack evidence, so why are they even on the table?

Friend of Science in Medicine’s Exec member, Prof Ken Harvey on proposed changes to Listed Medicines. Industry proposals have made it to the draft stage, including permitted indications supporting homeopathic treatments and other un-evidenced claims. Even claims that the TGA has acted against previously are supported.

“Listed medicines, like those mentioned, are meant to contain pre-approved, relatively low-risk ingredients. They should be produced with good manufacturing practice and only make “low-level” health claims for which evidence is held. We also argued that, for consumers to make an informed purchase, claims based on “traditional use” should always have a disclaimer along the lines of what the US Federal Trade Commission uses … Eg, “This product’s traditional claims are based on alternative health practices that are not accepted by most modern medical experts. There is no good scientific evidence that this product works”.

Increase in Supplement Poisonings: Current supplement regulations in the US (and many countries) are overtly anti-consumer and pro-industry, and are the direct result of aggressive industry lobbying and having powerful senators in their pocket. The rise in calls to poison control for supplements are just one manifestation of this situation

NHS to ban homeopathy and herbal medicine, as ‘misuse of resources’: “Today NHS England ruled that “at best homeopathy is a placebo and a misuse of scarce NHS funds which could be better devoted to treatments that work. Health officials said cash-strapped clinical commissioning groups should no longer fund such medicines, along with 16 other classes of treatment classed as “low value” because they are ineffective or could easily be bought over the counter. Proponents of homeopathy and herbal medicine include Prince Charles, and the Health Secretary, Jeremy Hunt, is among those who have signed motions in favour of it. NHS England said the changes aimed to save at least £250m a year.”

‘Chiropractors are Bullshit’: a rebuttal of a rebuttal: Edzard Ernst’s rebuttal to common claims made by many in support of chiropractic is interesting food for thought.

Dieting: The diet paradox: why your subconscious makes you crave naughty foods: The important thing about dietary change is to make changes that are sustainable long term, ones that work for day to day life and desires, including occasional indulgences. Dieting tends to involve restrictions sustainable only on a short term, and that tends to make it even harder to create lasting change. Diets which require the dieter to follow rigid rules or forbid them from consuming foods they enjoy appear to be problematic, as they paradoxically increase the risk of overeating. Instead, it may be useful for dieters to acknowledge that humans are inherently drawn to high-calorie foods and that these cues present the most temptation if we are hungry… only a small violation – a sneaky slice of cake, for example – is enough to derail the whole diet. ”

The next pharmaceutical revolution could be 3D bioprinted: 3D printed tissues could be just around the corner! While this technology is still in early stages, these findings could revolutionise organ transplantation, drug testing, reduce the need for animals in medical research and help create personalised medications.

New Review of Artificial Sweeteners: “The first question is this – is there a health or weight disadvantage to consuming sugar? I think the answer here is a clear yes. Sugary drinks contain many calories that add to total calorie consumption and are counterproductive if your goal is calorie control for weight management. Replacing high calorie sugary drinks with low calorie drinks is therefore advantageous.

The second question is this – is there an unintended backfire effect to consuming LES (low energy sweetener), because it tricks the brain into being more hungry or some other hormonal or metabolic effect? Here I think the answer is probably no, and the new Canadian review does not change this conclusion. Randomized controlled trials in humans supersede cohort studies and animal studies in addressing this question. Those studies find, if anything, a modest benefit to consuming LES. It is obviously possible to disagree about whether or not this benefit is real, given that there are inconsistencies in the data. The randomized trials clearly do not show any disadvantage – no backfire effect.”

From animal experiments to saving lives: a history of blood transfusions: A simple timeline of the innovations that have led to the routine use of blood for transfusion. We’ve come along way since that first experimental lamb to human blood infusion!

The Use of Autopsy to Study Disease. “The act of seeing for oneself” in the Ancient Greek, the use of autopsy to study human physiology and pathology continues today, where information gleaned by forensic examiners assists not only in investigating homicides but in notification of disease outbreaks, identifying victims in mass disasters and changing and improving hospital policy and practice.