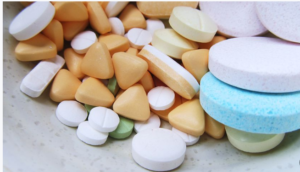 “The annual rate of dietary supplement exposures per 100,000 population increased by 46.1% during 2000–2002, decreased 8.8% during 2002–2005, and then increased again by 49.3% from 2005 to 2012. These trends were influenced by the decrease in ma huang exposures starting in 2002. Like all drugs, being a useful medicine means there is a dose range in which the substance has a beneficial or useful biological effect with acceptable side effects. Do the most common herbal products have such a dose range? No one knows, because they are not required to provide the kind of scientific evidence that would allow for such a determination. Instead, the public is assured that these substances are safe because they are “natural”. Also, unless you track toxicity closely, you will notice only the most immediate and obvious toxic effects, and you will have no idea about any long-term or chronic effects”

“Recording from the 2017 NECSS conference in New York City, Cara is joined by former naturopath Britt Marie Hermes. They talk about her journey from practicing naturopathic “doctor” to skeptical activist, including the dangers of alternative medicine practices like homeopathy, alternative cancer treatment, and other forms of pseudoscience. Follow Britt: @NaturoDiaries”

Medicine with a side of mysticism: Top hospitals promote unproven therapies: “Duke’s Integrative Medicine store, for instance, sells “Po Chai Pills” that are touted on the hospital’s website as a cure for everything from belching to hangovers to headaches. The site explains that taking a pill “harmonizes the stomach, stems counterflow ascent of stomach qi, dispels damp, dispels pathogenic factors, subdues yang, relieves pain.””

Increasing numbers of Australians are purchasing medicines and supplements online from overseas suppliers. While this may seem to be an affordable way to have access to medicines, consumers are being warned that online suppliers that are based overseas are often not approved by the TGA and the products may contain harmful ingredients or ingredients that should only be taken under the direction of a healthcare professional. One such example are Bittermelon Slimming Capsules that were found to contain undeclared sibutramine. Sibutramine can only be obtained by prescription in Australia, but its use has largely stopped due to increased risk of cardiac events and stroke.

Male sexual enhancement ‘Black Gorilla‘, ‘Black King Kong‘ or ‘V9‘ pills are claimed to be ‘herbal’ but contain undeclared Sildenafil – commonly marketed as Viagra. While the efficacy for sildenafil for improving erectile dysfunction is well understood, it can have dangerous interactions with other medications and should be taken at the direction of a doctor.

The Anti-Vaccination Movement: Myths vs Facts: The anti-vaccine movement, a group of people who believe doctors advocating vaccines are at best misguided and at worst even malicious. They spread misinformation about “toxic” vaccine additives and perpetuate the debunked link to autism. But how widespread is the movement? And how much impact do they have? This varies widely, as seen with the measles outbreaks in Minnesota, but overall anti-vaxxers have a fairly minimal impact on vaccination rates. But minimal is still significant and so we continue to oppose their campaign of falsehoods and fear mongering.

0.05 or 0.005? P-value Wars Continue: The p-value is under fire yet again, but this time with some quick-and-dirty solutions (and some long-and-onerous ones too) to the problems created by relying on this quick-and-dirty test.

Better care and communication can cut stillbirth rates and avoid unnecessary trauma: An unusually high number of stillbirths and infant deaths at a Victorian regional hospital has stirred up a grim topic often hidden from public view. A review of ten of these deaths occurring in 2013 and 2014 found that seven may have been avoidable.

The History of IVF -The Milestones: From the realm of science-fiction miracle to common and well-accepted practice in a short period of time, the world’s most famous infertility intervention continues to create both scientific and ethical challenges as well as solutions.

Sen. Ron Johnson: Holding the bill funding the FDA hostage unless the cruel sham that is right-to-try is added to it:

Right To Try Legislation: “Right to Try” laws (RTT) are becoming more popular in the US and seem to be spreading. RTT claims to offer desperate terminal patients a “last chance hope” by allowing access to experimental drugs. Such a law is being proposed as an amendment to FDA funding and could be used to prevent FDA funding and operation unless it is included. So what is wrong with RTT?

“The problem is that even those with “nothing to lose” actually do have something to lose, such as their family’s inheritance, good quality of life, time with their loved ones, or even what little time they have left. Indeed [RTT laws] are potentially profoundly harmful to patients.

It should also be noted that organisations like the FDA already allow for expanded access to drugs, via proposals from physicians. This generally includes a fast response, a review, and suggestions to improve the proposals. RTT is a useless harm on the desperate by comparison. It has all the appearance of compassion, but is just a Trojan horse for the promotion of quackery.

Australia leads the world in hepatitis C treatment – what’s behind its success?:  Around 95% of Australians treated for Hepatitis C have been cured. Australia is leading global efforts to eliminate Hepatitis C as a public health threat, directed by strategies from the World Health Organisation. Hepatitis C represents a significant health burden, as up to 30% of those which chronic infections will develop liver cirrhosis and Hep C infection also dramatically increases the risk of liver cancer. Key aspects of the program include increased access to treatments in those with early-stage infections and screening of at-risk populations such as needle-drug users.

Stroke survivors and their carers often have poor mental health. Here’s how we can help them: “Depression is twice as prevalent among stroke survivors as the general population. It is known to negatively affect the physical rehabilitation outcomes of stroke survivors. On top of this, depression itself has been linked to an increased risk of stroke in the first place. The crippling effect of stroke often results in decreased social participation and a sense of isolation. Currently, a new type of intervention called “psychosocial intervention”, which aims to improve the social and mental health of stroke survivors and their carers, is being trialled. This can promote a greater sense of confidence in negotiating their health-care plans. This includes treatment options and rehabilitation services such as physio and speech pathology. These interventions focus on collaborative relationships between the stroke survivor, their carer, and their doctors and other clinicians. This model encourages the stroke survivor and their carer to take charge of their health plan through a series of exercises that help them identify their strengths and vulnerabilities, record their medications, and set goals. These interventions build skill sets and independence by supporting individuals to manage their own condition, either as the patient or in a supportive role as the carer.”