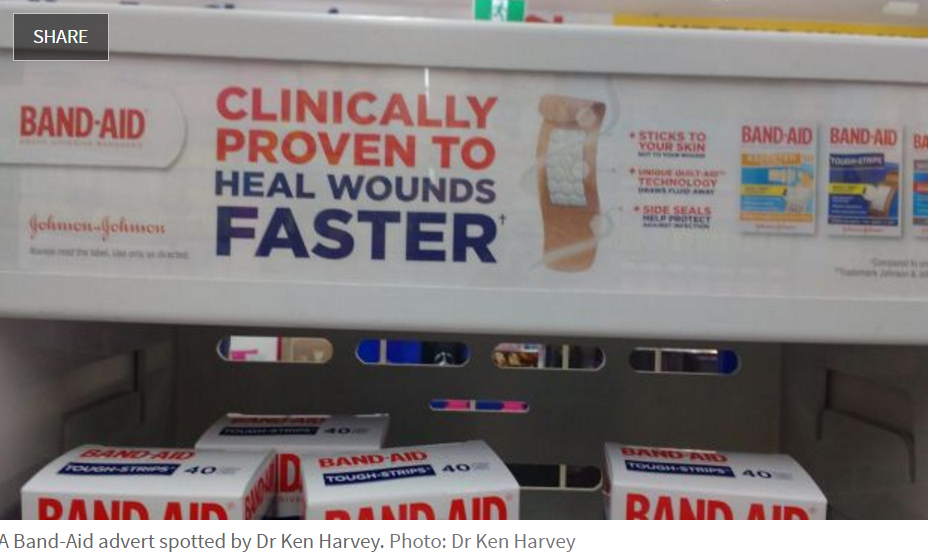 Band-Aid promotions to be ripped off the shelf after complaints about healing claims: Band-Aid in-store promotions asserting that the product helps heal wounds “twice as fast” could be removed from shops after its parent company refused to release research proving the claim.

Why debates with alternative health gurus so often turn ugly: Rhetorical question aptly highlight some of the issues related to conflicts of interest that abound in medical research.

The Homeopathy Paradox: Use it and you can go to jail; defend and promote it, and you might be rewarded.

As medical decisions grow ever more complex, hope and trust must remain central to every doctor’s toolkit: Whether it’s resuscitation after a cardiac arrest in a railway station or chemotherapy for a patient with widespread cancer, knowing when to stop is the most difficult decision a doctor has to make