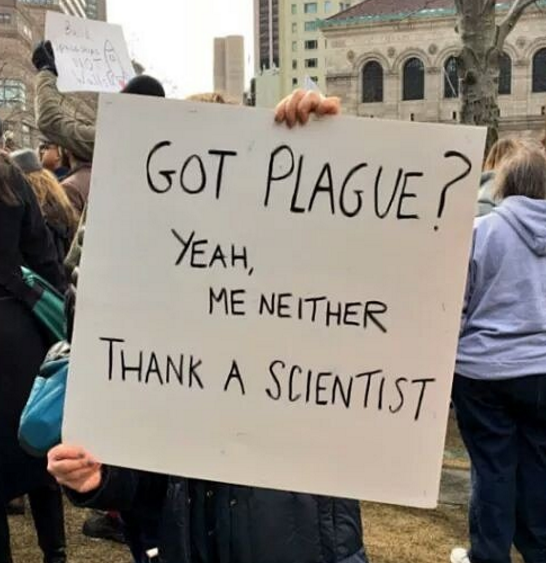 Thousands Join ‘March for Science’: Thousands of people gathered in downtown Chicago on Saturday to join the “March for Science” event, one of hundreds of rallies around the world advocating for the scientific community.

Cancer And The Snake Oil Industry: Vitamin B17, frankincense, apricot seeds, blue scorpion tail extract, moringa, turmeric, essiac tea. These are among the hundreds of alleged cancer killing cures that will be unfamiliar to most people, but not for those of us who are cancer patients.

Be Wary of Dietary Supplements: If a supplement sounds too good to be true, it probably is.

The ethics of new age medicine:  Patients who face serious illnesses are sometimes attracted to alternative medicines, also referred to as “holistic” or “new-age” medicines. These can include treatments like homeopathy, hypnosis, “energy therapies” like Reiki, acupuncture, and herbal remedies, to name just a few.

Science or snake oil: do meds like Remifemin ease hot flushes and night sweats in menopausal women?: Hot flushes can last for years and be debilitating, and conventional treatments such as hormone replacement therapy (HRT) and antidepressants come with risks. Because of these risks, women may turn to herbal products that are purportedly safer and have fewer side effects.

Scientists, Stop Thinking Explaining Science Will Fix Things: If you are a scientist, this disregard for evidence probably drives you crazy. So what do you do about it?

We Spoke To Bill Gates About Saving 400 Million People From Disease: “All Life Has Equal Value”:  Five years ago, the Bill & Melinda Gates Foundation (BMGF) held a gathering in London to talk about the fight against disease. Unlike malaria or cancer, they spoke of illnesses that you’ve probably never heard of, because you’re lucky to live in countries healthy and wealthy enough to not be ravaged by them.