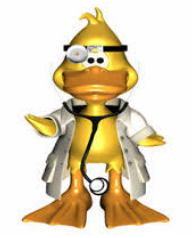 Some alternative medical treatments, long contested as “quackery” by orthodox medicine, are coming under heavy fire.

The broadcaster also states that, starting this year, it will no longer be possible to receive a degree from a publicly-funded British university in areas of “alternative medicine,” including homeopathy, naturopathy, and reflexology.

It is all welcome news to the Friends of Science in Medicine (FSM), an Australian organisation formed in December of 2011, to argue against the inclusion of pseudoscience courses in Australian universities and for their removal from Australian health benefits schedules.

“Friends of Science in Medicine wants to reverse the trend which sees government-funded tertiary institutions offering courses in the health care sciences that are not underpinned by convincing scientific evidence,” said Professor John Dwyer AO,  Emeritus Professor of Medicine at the University of New South Wales.

Nineteen of Australian’s thirty-nine Universities currently offer degrees and courses in alternative health care,  identified as courses that are not evidence-based or based upon demonstrably false assumptions. They include Homeopathy, Iridology, Reflexology, Kinesiology, Healing touch therapy, Aromatherapy and ‘Energy Medicine’.

Since its formation in December 2011, FSM has attracted close to 400 individual members from Australia and overseas.  Concerned academics from two thirds of Australia’s universities have joined it, as have influential international health and medical organisations.

“Courses in alternative medicine are dishonest, they teach things that aren’t true, and things that are dangerous to patients in some cases” said David Colquhoun FRS, Professor of Pharmacology at University College London, who has led demands to close the UK programs.

FSM has written to all Australian universities asking them to endorse the principles that science and health courses offered by universities should be evidence-based and conducted according to accepted scientific methodology.

“Our main goal is to have all universities acknowledge this controversy and review their health science teaching to ensure that their courses use scientific principles based on experimental evidence,” said Professor Alastair McLennan, Professor of Obstetrics & Gynaecology at The University of Adelaide, and one of the founders of FSM.

FSM is also arguing that non-evidence-based alternative practices should be ineligible for rebates from Australian medical insurance providers It wants the government to stop funding non evidence-based courses in universities and providing other endorsements of pseudoscience.

“As one example, the federal government’s establishment of a national registration system for chiropractors, despite there being no definition of an acceptable range of their services, together with permitting them to call themselves “Doctors” have enhanced chiropractors’ credibility,” said Professor MacLennan.