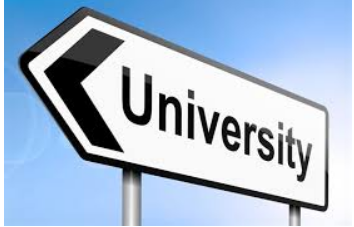 Thirty four of Australia’s most prominent doctors, medical researchers and scientists have voiced their concern that the public are at risk of being misled about health treatments, as yet another Australian university announces plans to teach an “Alternative” medicine course as if it were science.

Doctors and scientists have written to Central Queensland University (CQU) criticising the university’s decision to train chiropractors, deploring what they see as a trend to offer courses in the sciences and health that are not supported by valid scientific evidence.

The signatories maintain that such initiatives diminish the academic reputation of anticipating institutes and Australian science as they give credibility to pseudoscience or blatant anti-science.

Prominent science writer and broadcaster, Professorial fellow Rob Morrison commented, “We want the public to be aware of the importance of the treatment they receive being based on scientific evidence. Alternative therapies may have a placebo effect, but wrapping them up as science and discussing them in the same way as treatments that pass rigorous efficacy and safety tests is harmful for everyone. When “Alternative” practitioners claim that they can treat a range of serious illnesses as many alternative websites do, they need to be subjected to rigorous scientific scrutiny.”

Professor Marcello Costa from Flinders University said: “It is disturbing to see a centre of learning, of supposed excellence, teaching and perpetuating health practices based on beliefs in principles that are totally unscientific. It encourages the spread of quackery within the Australian Health System, misuses the public’s health dollars, encourages unnecessary ‘treatments’ and may delay effective treatment when true disease is present.”

Professor John Dwyer, Emeritus Professor of Medicine at UNSW, added:  “It is increasingly difficult to encourage patients to accept only evidence-based treatments for their problems when some universities and indeed private health insurers, provide unacceptable, often dangerous practices with undeserved credibility.”

Among the concerns of the scientists and doctors is the claim of The Chiropractor’s Association of Australia that “innate intelligence” determines body wide health and that changes to spinal anatomy they call ‘subluxation’ interfere with the ‘guiding energy’ of innate intelligence. Chiropractic adjustments, they claim, can “cure 95% of what ails man.”*

A statement released today by the doctors and scientists asserts that the chiropractors’ claims are nonsense and non-science, better suited to the middle ages than the 21st century. They are particularly concerned that the Chiropractors’ professions peak body, one of whose directors will head up the school at CQU, wants to see chiropractic become the major source of Primary Care in Australia. Clinicians within the group are especially concerned that manipulation of the spines of babies and children is particularly disturbing, and that Chiropractic paediatric websites claim that “adjustment” can help many potentially serious childhood conditions including “Fever, colic, croup, allergies, wheezing, poor posture, stomach-ache, hearing loss, headaches, asthma, bed-wetting, bronchitis, learning disorders, arthritis, poor concentration” and many other problems.

Professor Alastair MacLennan from the University of Adelaide emphasises that “While it was the announcement from CQU that triggered this collective decision to make our concerns public, the issue is much bigger than CQU’s chiropractic course and we condemn the ‘teaching’ of unproven beliefs such as homeopathy, naturopathy and iridology in public institutions. We are calling on all our academic colleagues in all universities to champion the primacy of scientific evidence in their courses and join us in helping the public avoid the truly “shonky” practices that are unfortunately still prominent in our communities. We need action from the Federal government to set high standards”.

The scientists list a number of concerns about chiropractic and other alternative therapies.