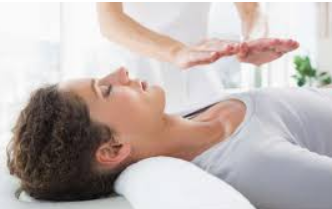 The government has announced that the 30% contribution taxpayer’s dollars currently provide when private health insurers pay for a range of ‘Natural’ therapies is to cease. Homeopathy, Reiki and Aromatherapy are some of the worthless treatments that will no longer be covered. Also nominated are ear candling, crystal therapy, flower essences, kinesiology and Rolfing!

“While this initiative will save the tax-payer 30 million dollars a year, the greater value lies with the message it conveys. Australians are at last being warned by their government that a large number of diagnostic and therapeutic claims made for so called ‘Alternative and Complementary’ medicine are without merit”, commented Professor John Dwyer, a co-founder of the Friends of Science in Medicine.

Adelaide’s Professor Alastair MacLennan notes “While many such approaches may be harmless if useless, they all too often cause harm by delaying the development of an accurate diagnosis and treatment plan and can be very expensive”.

The Friends of Science in Medicine, an organisation supported by 700 Australian and International scientists, clinicians, lawyers and consumer advocates, has been warning that by paying for ineffective ‘Natural’ therapies, the private health insurance industry has been providing them with a totally undeserved credibility. The organisation also emphasises that universities do the same when they include these pseudosciences in health care courses.

The report of this development in the Sydney Morning Herald (SMH), (Saturday May 5), notes that the government is asking the Chief Medical Officer to identify those therapies that have not been shown to be clinically effective but then adds that some mainstream ‘Natural’ therapies will not be effected. However some of the examples given, Audiology, Podiatry, Occupational Therapy and Physiotherapy are, in fact, evidenced based and should not be linked in any way to the non-evidenced based ‘Natural’ therapies.

The SMH report also states that chiropractic and acupuncture will continue to be subsidised. “There is a potential inconsistency here,” reports Neuroscientist Professor Marcello Costa. “There is some weak evidence base for chiropractic procedures being as effective as other physical manipulations that target musculoskeletal problems, but none for the extended use of spinal adjustments to treat a large number of diseases even in childhood. This approach should certainly not be subsidised nor should acupuncture treatment for more than the very few indications scientific studies can support.”

Well known science commentator Professor Rob Morrison points out that “With International agreement that Homeopathy is no better than a placebo and our own National Health and Medical Research Committee reaching the same conclusion, this government initiative should see those universities that teach homeopathy cease doing so and the nations pharmacists should rid their shelves of homeopathic and other preparations for which there is no scientific support”.

General Practitioner Dr Cam Martin sees the announcement as providing opportunities for family doctors to better educate their patients on ways to protect themselves from bogus health claims. “GPs should be pro-active in making sure their patients, who are attracted to potentially harmful ‘Alternative and Complementary’ approaches, realise that this move by government may save money but is based on modern science being able to disprove the claims being made”.

The Friends of Science in Medicine will offer assistance to the Chief Medical Officer as he conducts a review of what should and should not be included in the withdrawal of support, due to be completed in eight months.