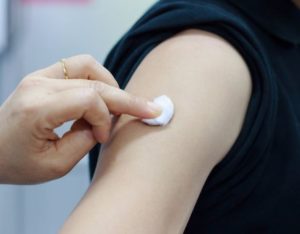 Vitamin supplements don’t lower heart risk, study finds: People believe that they can make up for poor diets with supplements — something that has been disproven in several studies.”

Six Things You Need to Know About HPV: Most people will have heard about HPV by this time and how the HPV vaccine can prevent women from developing cervical cancer. But some people don’t know it is not simply a vaccine for women. HPV is a sexually transmitted virus capable of causing cancer in men and women. Cervical cancer is the most common manifestation but it can cause a number of other cancers as well. Men can be vaccinated to protect themselves, but they are also protecting women because they can no longer transmit the virus to them. Everybody wins.

Oberon becomes one of the last NSW towns to fluoridate its water: Oberon council in NSW has voted to fluoridate its drinking water, in an effort to reduce dental disease plaguing children in the community. A win for evidence!

Coffee enemas: A latte nonsense: It is difficult to parody that which is truly ridiculous to start with.

Do microwaves cause cancer? “The forms of radiation that are typically linked to cancer are those with high enough energies or frequencies to ionize—or remove electrons from—atoms or molecules, and thus are able to cause damage in our cells. High energy forms of radiation include X-rays, gamma rays, and some ultraviolet radiation. Microwaves, by contrast, are a much lower energy form of radiation. So while they can cause molecules to vibrate, like the water molecules in our leftovers, they do not change the chemical structure of the food by ionizing it or through any other means. Our bodies are full of water and so just as with food, prolonged, intense exposure to microwave radiation will cause those water molecules in our bodies to vibrate and heat up their surroundings. Thus, it is definitely not a great idea to, say, warm yourself up in the microwave if you could fit inside of one.

However, unaltered, properly functioning microwaves do not emit microwaves unless the door is shut. And according to the American Cancer Society, the amount of radiation that is allowed to leak out of microwaves based on federal laws in the US is far below the level that could potentially cause harm. The metal mesh visible through the windows on most microwave doors further have holes that are small enough that the microwaves cannot escape but large enough that visible light can still pass through, or in other words, large enough so that you can still see inside to check on the progress of your lunch.”

History of the cast: The use of casts to immobilise and heal broken bones. Often quick and simple to apply, the humble cast can greatly assist in the healing of fractures whilst the immobilisation also serves to reduce pain and allow the person to carry on with some life activities.

MSG fear-mongering (aka chemophobia) – MSG myth debunked with real science: “Obviously, there is stuff, created by the beauty of natural sunlight and goddess blessed sweet waters from the Alps, that is better than these man-made evil chemicals. Well, no. Everything in nature is made up of “chemistry” – 25-hydroxyergocalciferol is a scary chemical name, right? Except it’s the metabolic product of the conversion of vitamin D in the human liver. It’s natural!”

“Glutamic acid, one of the amino acids upon which nearly every single protein is built in the human body, is chemically indistinguishable from the acid salt, MSG. Once you ingest MSG, it dissociates into sodium and the glutamate, which will be absorbed and utilized by the body. Moreover, all glutamates are the same – if they are manufactured by a human cell, a plant, some algae, or a chemistry laboratory, they are chemically identical. Almost everyone who claims an MSG sensitivity does not base that on anything but their personal experience. Anecdotes. They remember the one time that they might have had MSG but forget all the times they felt fine…”

Coke has promised ‘less sugar’, but less is still too much:  “Less” sugar in sugary drinks is also too vague. Even for those who are not overweight, these drinks remain a hazard for our teeth.The only solution is to stop drinking them.”