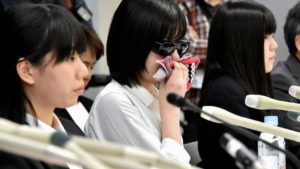 Clinical trials review shows fish oil supplements not beneficial against cardiovascular disease: Fish oil – at least in supplement form – has less preventative power than previously thought. “We often find that positive results in initial trials are often not confirmed,” [Ken Harvey] said. “Our treatment of heart disease is getting better with lowering blood pressure (and) lipid lowering drugs. (For) people trying fish oil today, it may be much more difficult to show an effect than it was some time ago when we weren’t treating heart disease as well as we are now.”

The original study can be found here.

Cancer and sugar: Does changing your diet starve cancerous cells? Does sugar feed cancer cells? Yes, but it’s complicated. There is an apprehension floating about cyberspace that sugar feeds cancer. Ergo, cut out sugar and you can starve your cancer. Simple, right? Hardly.

The “sugar feeds cancer” notion has launched various diets aimed at starving cancer to death. Unfortunately, this notion ignores the basis of our metabolism: biochemistry. The cells in our body run on sugar: we need it, especially the brain. But even more basic than that, the sugar that runs our cells (glucose) can be derived from complex carbohydrates. In other words, starch. And even going on a no-sugar, no-carb diet wouldn’t cut it because all of our metabolic pathways are interlinked. Glucose can be derived from fats and proteins. You can’t get away from it.

Too much sugar is bad for us, that is obvious. But eating healthy amounts of sugar and carbohydrates will not give us cancer or feed a cancer that might develop. Moderation in all things. Eat a balanced diet and stop worrying about strange theories from the internet.

New chemical compound ‘stops common cold in its tracks’: A new compound, being tested in vitro, is showing great promise as a potential anti-viral against the common cold. “But Solari said a cure for the common cold is a long way off: the drug will need to undergo further developments and optimisation before it can be used as a medication, while tests have so far only been carried out on human cells in a dish. “We haven’t done any animal [or human] studies…I can’t tell you formally what the animal toxicity of this compound is,” said Solari, adding that it is also unclear whether the approach would work by the time symptoms of a cold appear …. “There is a still a long way before this becomes a medicine,” he said.

Journal retracts paper claiming neurological damage from HPV vaccine: “Scientific Reports this morning retracted a controversial paper claiming to show that mice given a human papillomavirus (HPV) vaccine showed signs of neurological damage. The paper was assailed by critics as being “pseudoscience” that could have “devastating” health consequences by undermining public confidence in a vaccine given to girls to prevent cervical cancer. “I’m pleased that finally they did manage to retract it, but it was a very long process,” says Alex Vorsters, a molecular biologist at University of Antwerp in Belgium. However, the controversy seems likely to continue. “The Authors do not agree with the retraction,” the retraction notice states.

The paper, by a group led by Toshihiro Nakajima of Tokyo Medical University, was published online 11 November 2016. It describes impaired mobility and brain damage in mice given an enormous dose of HPV vaccine along with a toxin that makes the blood-brain barrier leaky. Shortly after the paper appeared, two groups separately wrote to Scientific Reports and its publisher, the Nature Publishing Group (NPG), pointing out problems with the experimental setup, the use of a dose proportionally far larger than what is normally given, the use of the toxin, and inconsistencies between the data presented and the descriptions of results, among other issues.”

Prevention: Penis transplant – the HPV vaccine is a way to avoid it: Prevention is better than cure. Unless you are an anti-vaxxer. If that is the case you openly oppose prevention because you would rather people suffered the diseases and the horrific consequences, rather accept that you might be wrong about something.

But for those of you, men or women, who are at risk for HPV related cancers, then get the cancer-preventing HPV vaccine. There are so few ways to actually prevent cancer, why not go for the slam dunk? Your long-term health will appreciate the effort.

The Discovery of DNA as the Genetic Material. Classic experiments: DNA as the genetic material: Within one human life-span we have come from not knowing what DNA did or what it looked like to being able to map any human’s entire genome for less than the price of a second-hand car.

Freer sex and family planning: a short history of the contraceptive pill: We have freedom over our families and our sex lives. The contraceptive pill marked a huge change in how women went about planning their families and gave way to the new concepts of sexual freedom that came with the 60’s and 70’s. Later studies have also shown that the pill has been linked to improved educational and economic outcomes for women in society. Yay!

Earlier versions of the pill were associated with side effects, and in the 80’s high dose pills were replaced with low dose versions which present with much fewer side effects. That having been said, side effects are not absent and as some pills have been associated with increased risk of strokes, some cancers or depression – so consider your choice and use of contraceptive pills in context with your own health history. Thanks to the social changes that the pill instigated, we also have more contraceptive options now, including hormone implants, intra-uterine devices and hormone injections.

(While I’m sure most of our followers are aware, the pill does not prevent sexually transmitted infections; barrier methods must be used for this. Keep yourselves safe folks!)