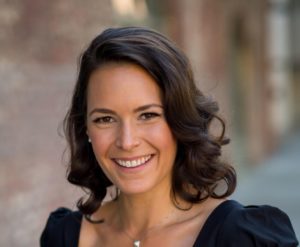 Tangled web around the TGA (2017 Measures No. 1) Bill 2017: The Therapeutic Goods Amendment Bill 2017 Bill passed the Senate last Friday. Labor supported the Government amendment to continue advertising pre-approval (in mainstream media) for 2 years with a review after 18 months. Neither the Government nor Labor appeared to have any problem with a likely flood of medicines that claim to, “soften hardness”, “open body orifices”, and “moistens dryness in the triple burner”.  Meanwhile, the TGA have yet to circulate a draft of the new Therapeutic Goods Advertising Code. This might provide another opportunity to raise advisory statements. In addition, the permitted indications mentioned in the Bill must be activated by Regulation. This will require the permitted indications list to be tabled in each house of Parliament where members of Parliament are able to move that the regulation be disallowed. In short, controversy about this Bill will continue.

These skeptics are using science to fight a wave of bad nutrition advice on the Internet: “A lot of the people promoting pseudoscience are pretty good at the ‘Gish Gallop,’ ” says Gorski. “That’s when a dishonest charlatan lists many misleading items to leave their opponent flustered by heaps of pseudoscience. It looks like the dishonest speaker wins the debate because the scientist can’t possibly reply to all of the junk. The charlatan provides no references, and ignores the scientist who requests them. If you see this kind of battle, it’s a red flag that bunk is afoot. Some other warning signs that you’re getting junk science are when:

Woman who “cured” cancer with veganism dies…of cancer: There are sadly too many cases such as this and the charismatic and emotionally-appealing nature of much of alternative medicine often leads to victims of dangerous pseudoscience to become propagators and proponents of this same misinformation.

I’m not overweight, so why do I need to eat healthy foods? “Excessive salt consumption can cause the kidneys to hold on to more water, resulting in an increase in blood pressure. High blood pressure strains the arteries that supply blood to our vital organs including our heart and brain, and increases our risk of stroke, dementia, heart attack and kidney disease. Consumption of high amounts of sugar, especially from sugar sweetened beverages, is associated with an increased risk in fatty liver disease, among many other health problems. This in turn significantly increases our risk of liver scarring, heart disease and stroke. Recent research has also reconfirmed a link between bowel cancer and red meat consumption. Processed meats such as ham, bacon and salami appear to be especially problematic. Not only can all of these occur without any visual cues, but they can also develop irrespective of our weight.”

14 vaccine myths that just refuse to die debunked: LANGUAGE WARNING: This article contains vulgar language. If you are offended by crude language, give this one a miss.

Despite the vulgarity and generally outraged tone of this piece, it covers the favourite arguments of the anti-vax community and takes them apart. This is likely a case of preaching to the choir, but if someone out there is still having doubts about the safety or efficacy of vaccines, have a good read. Vaccines are safe and effective. They save lives. There is no conspiracy. Pharma companies may be driven by profit, but what company isn’t? They post big profits but many companies do; it’s a big profit environment we live in. Don’t throw the baby out with the bathwater just because you don’t like corporate profit. Vaccinate yourself, vaccinate your kids. Just vaccinate.

The invention and ongoing development of cardiopulmonary resuscitation (CPR) – Resuscitation through the ages: A potentially life-saving means of providing oxygen to the brain in people whose bodies are not doing precisely that, the most important aspect of CPR is that it can be taught to anyone. Earlier resuscitation methods from 500 years ago which involved literally whipping the victim was not so effective…

Naturopathic Education – A former naturopath blows the whistle on the industry: Britt Hermes trained and graduated as a “Naturopathic Doctor”.  She discovered that her boss and mentor was treating cancer patients with a non-FDA-approved natural chemotherapy drug. Compounded with growing fears that her naturopathic training hadn’t prepared her to diagnose or treat truly sick people, she quit. Her blog, Naturopathic Diaries, offers a methodical takedown of everything she thinks is wrong with her former profession, from the pseudoscience of detoxes to the dangerous shortcomings of naturopathic education.

What really disturbs Hermes is treating children, especially sick children, using naturopathy. Hermes completed a year-long clinical fellowship in paediatric naturopathic medicine and says that she’s technically qualified to sit for board certification in naturopathic paediatrics. “And I guarantee you that I’m not qualified to treat children,” says Hermes. “The problem is that the extra training that I received was focused on alternatives to medicine. When babies had fevers, I was recommending homeopathy. When babies were sick with what looked like a viral infection, I was recommending herbs.”

When Hermes heard about a child dying from viral meningitis … and their naturopathic doctor chose to treat him with echinacea instead of taking him to the hospital, her heart broke. Not just for the innocent child, but for the naturopath. “I could see how any of my colleagues could have been in her situation,” says Hermes. “It wasn’t her failure as much as the entire naturopathic profession and the education system to adequately prepare their graduates to be competent practitioners.”

Brain remaps itself in child with double hand transplant: It has been documented in amputees that the brain remodels itself following the loss of a body part. The region within the cortex that corresponds to the amputated limb is rewired, as it no longer has signals sent from that limb. Two years ago, 8 year old Zion Harvey received hand transplants, and researchers had already observed this remodelling following the loss of his hands. Now they have observed the reverse – a specific region corresponding to Zion’s newly transplanted hands had begun to develop. While the plasticity of the brain has been appreciated for a long time, this is the first time massive cortical reorganization has been seen for sensory areas within the brain.