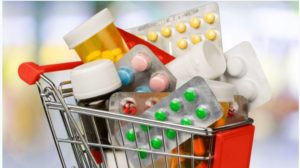 Public health groups slam removal of pre-approval of complementary medicine advertisements: “A review of the pre-approval system found most of the new advertisements needed changes to avoid breaching the TGA code and the concern is that if we eliminate it and rely on penalties down the track there’s nothing stopping bad ads for a cure for cancer appearing in the newspaper and getting a large number of customers,” [Ken Harvey] said.

Random post-marketing reviews by the TGA consistently find 80-90% of advertisements breach the mandated Code. “We want pre-approval of advertisements to continue until the other measures being introduced … have shown pre-approval is no longer necessary.” A number of stakeholders held a public hearing regarding the Bill on the 24 January 2018 at Australian National University. This follows requests for a public hearing on the Bill over the Christmas – New Year period, which Friends of Science in Medicine says was rejected because “Senators were on holiday”.

Delivering the news no patient wants to hear: “The first things that go through a patient’s mind when somebody hears they have cancer is that is the end of them, and it’s terrifying. And I think, as an oncologist, you have to be acutely aware of the instant brush with mortality that many people assume cancer is.”

Homeopathic ‘scams’ could be advertised on prime-time television: Consumer advocate warns lack of regulation could lead public to fall for ‘loopy claims’

Why this year’s flu outbreak is one of the worst: While this article discusses the latest flu season descending upon the UK, it is a good description of flu infection and spread. The flu virus changes from year to year whoich is why new flu vaccines are released every year. These vaccines comprise the “best guess” as to what viruses are currently affecting people. But new variant viruses can pop up at any time, which is why vaccines can be less than perfect. Having said that, even if vaccinated people get the flu, they are less likely to develop severe symptoms and will return to health more quickly. So if you hear that the flu vaccine is ineffective, it is still worth getting. We cannot stop the flu, but we can limit the severity of the disease.

Weight gain during pregnancy: how much is too much?  “It’s a myth that you need to ‘eat for two’ during pregnancy. During the first trimester, dietary energy needs (measured in calories or kilojoules) are only slightly higher so the amount of food eaten should remain about the same. But nutrient requirements increase, particularly for folate, iodine and iron, so women need to be mindful of the nutritional quality of food eaten.

While more food energy is needed during the second and third trimester, the amount of extra food is less than most people think. It would be the equivalent of a sandwich (such as egg, beef, hummus or cheese), or a yoghurt and banana. Use the Eat-for-Health Calculator to calculate the recommended daily serves from the five food groups to give you an idea of what you should be eating during pregnancy.”

Note: The intention of posting this article is not to shame mothers who gain “too much” or “too little” weight. Rather, the intention is to share what the research says for those who are interested or unsure about how dietary requirements may change during pregnancy. We suggest you speak to your family doctor or obstetrician about what’s best for you.

A new blood test can detect eight different cancers in their early stages: Eight tricky cancers can be detected in a simple blood screen. Early diagnosis is key to effective cancer treatment – and screening for cancers before they become symptomatic can really improve cancer detection. What makes CancerSEEK so exciting is that it screens for ovarian, pancreatic and liver cancers among others, which can often go unnoticed in early stages and for which there is no existing screening method. Further testing is underway to determine the real value of this screening (gotta be evidence based here at FSM!) to determine that the early detection really delivers benefit.

The invention of sunscreen: Although the link between sun exposure and painful burns has long been known, the understanding of the role of UV rays and the risk of skin cancer did not come about until more recently. The earliest modern sunscreens were actually a sticky red jelly and worked as physical barrier, unlike more recent sunscreens that selectively block UV rays.