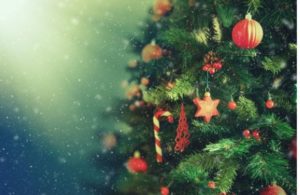 Science-based satire: alternative medical adverse events on the rise: If energy healing were real, can you imagine trying to fill in the insurance forms following an inevitable accident? What would be the training to be able to ensure that you didn’t make anyone worse? one wonders.

The virus that conquered the world, 100 years later:  “The breadth and scope of the challenge depends greatly on the types of medications needed and the regions impacted. Delivering medicine in the field has different challenges than supplying existing medical facilities — new distribution systems are probably needed and proper controls have to be in place. The commercial supply chain, which has accomplished incredible innovation and has developed highly efficient systems, could be integrated into medical delivery during a pandemic to provide urgently needed medications” – Nick Vyas, MBA, executive director of the USC Marshall Center for Global Supply Chain Management and assistant professor of clinical data sciences and operation at the USC Marshall School of Business.

Whooping cough hits East Bay high school: It’s not only measles that is making a comeback due to poor uptake of vaccination in the United States. Pertussis, better known as whooping cough, has shown up in the San Francisco area in a handful of high school students. Isolated cases of infectious diseases covered by immunisation wil inevitably occur; but when outbreaks occur involving multiple people at a single location, it’s a worry. It is exposing the increasing population of vaccine non-compliance people. And that is very sad because people will die from a preventable disease.

CDC gets list of forbidden words: fetus, transgender, diversity: “The Trump administration is prohibiting officials at the nation’s top public health agency from using a list of seven words or phrases:… ‘vulnerable,’ ‘entitlement,’ ‘diversity,’ ‘transgender,’ ‘fetus,’ ‘evidence-based’ and ‘science-based’.” When people talk about scientists being “too political” on a given topic, what this almost always means is that factual, legitimate scientific research and evidence has led to a reality-based conclusion that does not conform with the agenda of a certain political ideology. But reality doesn’t go away just because you have restricted people’s ability to discuss it. Such rejection and/or demonising of sound science is dangerous not just to free speech, but also to the important and life-affecting discoveries that we are made to wilfully ignore and not act upon.

Patient deaths show darker side of modern chinese medicine: “When Shineway first registered its traditional medicine injections in the 1990s, no clinical studies were needed”, according to Chen Zhong, a vice president for R&D and quality at the company, which describes itself as the nation’s largest maker of these types of shots. In recent years, Shineway has invested in post-market monitoring to track allergic reactions and has found its treatments highly safe, he said. But the drugs approved decades ago are still sold and haven’t had to undergo full-fledged testing in subsequent regulatory reforms, according to Chen. “Three stages of human trials were only required of therapies approved after 2008,” he added. Chen reckons less than 10 percent of the shots being sold by the traditional medicine industry have undergone this kind of stringent review. He compared the shortfall of scientific studies to skipped classes: “The lessons we missed before, we can make up from now on step by step.”

In developed countries like the U.S., drugs must undergo several stages of review, often involving thousands of patients. China has instituted similar requirements for chemical medicines. But corrupt Chinese regulators in the early 2000s allowed thousands of therapies based on questionable data to be sold across the country, leaving a legacy of poorly tested treatments, the government has acknowledged.”

Responsible advertising in healthcare forum: AHPRA and National Boards are working with multi-profession stakeholders committed to responsible advertising in healthcare to protect the public from false, misleading and deceptive advertising. Check out some of the highlights from discussions at our recent forum where representatives from consumer organisations, professional associations, insurers and other regulators debated current issues. We’ve also developed some resources from the day, including a full report and summary video, to show the work being done to support informed healthcare choices by consumers.

People with mental illness still die a decade earlier than those without: “Men who are diagnosed with a mental health condition can expect to live 10.2 years less than those who aren’t, according to our new research, published this week in The Lancet Psychiatry. The life expectancy gap for women with mental illness is 7.3 years earlier those without. Despite efforts to address the issue, the gap has remained consistent over two decades. However the causes of death have changed: deaths from injury and suicide have decreased, while premature deaths from cancer and heart disease have doubled.

Clinicians rightly focus on the mental well-being of people with mental disorders, but more attention needs to directed toward their physical well-being. One way to ensure this occurs is to implement routine screening programs for chronic health conditions in mental health clinics and during admissions to mental health wards. We need to address the life expectancy gap by approaching mental illness more holistically, and consider the person’s whole health profile, including their lifestyle and the support they need. The health system can no longer simply prescribe medication and send the patient on their way.”

The Discovery and Use of Warfarin to Prevent Blood Clots. This month in 1939: how dead cattle led to the discovery of warfarin: What began as a mysterious series of haemorrhage deaths affecting cows that ate mouldy hay became one of the most important and life-saving drugs in preventing strokes

Microbiome Screening: Should you have your microbiome analyzed? “The microbiome is just the natural ecosystem of bacteria and other microorganisms that colonize the human body, mostly on the surface of the skin and throughout the gastrointestinal system.” The microbiome is the subject of considerable scientific investigation regarding how it may affect disease or any of a large number of conditions. But to most of the useful or important questions, the answer is “we don’t know yet.”

So should you go get scans of you microbiome? More information is always good right? Before you go screening a health factor, it is best if you consider what you are screening for, and what difference the result would make to your decisions. If you can’t give a clear answer BEFORE you take the test, it is highly likely that the test may be a waste, and that any information you are given AFTER the test may be noise, ie misleading, and/or likely to lead to misinterpretation. This can easily lead to worse health outcomes. In the end, the test may be able to compare you to other people’s biome’s, but that may not have a lot of meaning to you. And it is unlikely that you need a microbiome test to tell you to eat healthy.