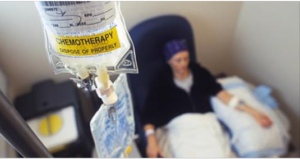 Are Australians overdosing on supplements?: “New figures show that half of Australian women and a third of men are taking dietary supplements. A study of almost 5000 people revealed. Data from the 2011-2012 National Nutrition and Physical Activity Survey showed that dietary supplements use was higher among older people and among more affluent and educated groups who were already meeting recommended nutritional intake targets. Researchers from Victoria’s Deakin University noted with concern that intakes of vitamins E, C, B12 and zinc from supplements were, in some cases, in excess of the recommended daily intake, which could result in toxicity.”

What is “integrative oncology”? Even the Society for Integrative Oncology doesn’t seem to know for sure: It is sad to see quackery disguised as science being promoted alongside a medical community – unfortunately ‘integrative’ forms of medicine are becoming quietly tolerated in many academic communities. It angers me to see it incorporated in oncology, which deals with some of the sickest patients which are in a vulnerable position to be taken advantage of by quacks. Proponents of ‘integrative’ medicines will tell you that the integration is not of shonky CAM with real medicine, but rather integrating many aspects of healthcare and wellbeing promotion together to tackle a disease or condition. These might include preventative strategies, pain management, nutrition and exercise mixed in with medical treatments. Except the field of medicine already incorporates these things.

Example: a recent elderly widow has a fall and damages her hip – in emergency she will perhaps be referred to an orthopaedic surgeon to repair damaged tissues. She might then be referred to a dietician to manage her diet and weight, a physio to manage her strength and frailty, and endocrinologist to inform on post-menopausal bone loss, and a psychologist to address her grief issues. They will even send out an aged care specialist to assess her home. Even not in a hospital setting, a GP is able to provide advice on preventing health conditions and managing acute and chronic diseases of the body and mind, and provide a referral where necessary. While doctors can specialise, they are still experts in overall human biology. So what does ‘integrative medicine’ have that ‘conventional medicine’ does not?

CAM use leads to delays in appropriate, effective arthritis therapy: “Time is of the essence with inflammatory arthritis, as there are medications that can reduce the risk of permanent joint damage. This new paper adds to the accumulated evidence to show that CAM, while it is commonly thought to be harmless, can indeed harm – not only from direct effects, but also from delaying the initiation of proper, effective medical treatment.”

Why do some women refuse treatments for their breast cancer? : [The authors] found that the model suggested a 40% increased risk of cancer recurrence for patients who reported treatment discordance, after adjusting for adjusting for healthcare system and physician distrust and relevant racial and socioeconomic factors. This result suggests that that discordance due to distrust may lead to poorer health outcomes. “If ordinary businesses can learn to increase trust in their brands, why not the same with health care institutions?” Dean says.

Fact of fiction?: Vaccines are Dangerous: “Having just ploughed through the most aggravating collection of misinformation and lies displayed as “proof” that vaccines are dangerous, I feel compelled to reiterate the basic facts. Vaccines are not only safe, they save countless lives. We even have a vaccine that will prevent cervical cancer, something that will save many women from surgery and chemotherapy. So, who would distrust the advice of healthcare professionals and endanger their children’s’ lives based on advice from a webpage? I have no idea who these people are.”

Have you ever wondered if you were exceptionally gifted?: When you were in school, did you ever wonder why your grades fell short yet your puzzled teachers insisted that you were intelligent? As an adult, have you struggled to gain recognition for your work, despite making what you feel are creative and valuable contributions? Do you often feel like your mind works more quickly than others do? Could it be that you’re exceptionally gifted, yet don’t know it? It’s a comforting thought in today’s society, given its strong emphasis on intelligence. But before rushing off to complete the latest phoney online IQ test, it’s important to take a closer look at the terminology. Although the terms gifted, precocious and high potential are often used interchangeably, they’re not synonymous.

My life support miracle: Coma survivor meets man who invented machine that saved her life: The Invention of Extracorporeal Membrane Oxygenation. In people whose lungs temporarily cannot be used to oxygenate their blood, ECMO works by oxygenating the blood directly – keeping the person alive (sometimes for up to several weeks) until they are able to oxygenate their own blood.

Child vaccination exemption letters from doctors banned in Victoria under No Jab, No Play crackdown: It is generally accepted that a doctor’s expertise would be sufficient authority with which to avoid a treatment or healthcare measure if medically necessary. However, people seeking blanket exemptions to vaccinations, and the doctors who give these exemptions, have caused enough of a problem in Victoria that now “immunisation history statements from the Australian Immunisation Register will be the only documents accepted as evidence of a medical reason for a child not to be immunised. In essence, this is in response to a very small group of dodgy doctors who are putting the community’s health and safety at risk, who have been providing letters for parents with blanket exemptions, claiming that there is a medical reason for that child not to be immunised. We’re going to ensure there is only one set of documentation that will be accepted now.”

Five common myths about palliative care and what the science really says: “Palliative care is often called on to provide expert advice on optimal pain relief. But, just as frequently, palliative care is there to help manage symptoms other than pain that result from a serious illness or its treatment. For example, a palliative care specialist has particular experience with medications and strategies that may help with problems such as nausea, breathlessness or constipation – which, left unattended, may reduce a person’s quality of life.”