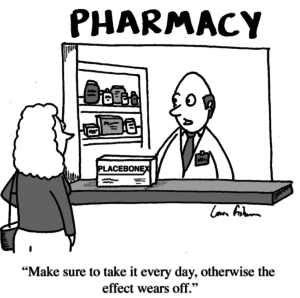 Kids’ vitamin gummies: unhealthy, poorly regulated and exploitative: “In addition to the high and damaging sugar content, we argue these are exploitative products that mislead consumers about the benefit of dietary supplements. Both the website and the label of Kids Smart Vita Gummies Multivitamin for Fussy Eaters say the zinc content will boost the appetite of a ‘fussy eater’. Zinc is readily available in foods such as meat, fish and poultry while cereals, grains and dairy foods also contribute substantial amounts. We are unaware of any evidence that zinc boosts the appetite of ‘fussy eaters’.

Kids Smart omega-3 supplementation claims “to help support brain function, growth and development”. The US Food and Drug Administration recommend eating oily fish two to three times a week. They do not recommend taking omega 3 supplements, reflecting findings that randomised controlled trials of fish oil supplementation have generally been disappointing and fish contain many more nutrients than omega-3 supplements. Gummy vitamins are unhealthy and exploitative products that mislead parents about the benefits of dietary supplements. The TGA and FSANZ should urgently review the regulation of these products.”

Another “Chronic Lyme” VIP disciplined by NY medical authorities: Bernard Raxlen: Bernard Raxlen, MD, who devotes more than 90% of his practice to the treatment of so-called “chronic Lyme” disease, is on a three-year probation…following allegations of negligence, incompetence, gross negligence, gross incompetence, and failure to maintain adequate patient records. He is not board certified in any specialty. He did not train in internal medicine, family medicine or pediatrics (although he treats pediatric patients), … Nor did he train in infectious diseases. Yet, he is described by the International Lyme and Associated Disease Society (ILADS) as a “leader in Lyme disease treatment and research.” In fact, he is a founding member of ILADS, former Secretary of the Board, has taught a number of ILADS courses. He was a co-author of the original ILADS guidelines for the treatment of tick-borne diseases. Despite their troubling disciplinary status, both he and David Cameron are scheduled to speak at the ILADS Annual Scientific Conference, which starts today in Boston.

How can this be? How can one be a leading light in ILADS with a disciplinary history like Raxlen’s and no graduate medical education in infectious diseases? The CDC, the Infectious Diseases Society of America (IDSA), the American Academy of Pediatrics, the American College of Physicians, the Medical Letter and the American Academy of Neurology all reject the notion that “chronic Lyme” exists and that long-term antibiotics are an appropriate treatment. … None of this is to say that patients who’ve been told they have “chronic Lyme” are not truly suffering, a fact that makes “Lyme literate” practices all the more reprehensible. Read to the bottom of the article to find the charges against Raxlen.

The Invention of the Pap Smear for Cervical Cancer Screening. World Cancer Day: The Greek Who Developed the Pap Smear: Since the 1940’s the Pap smear has been used to identify pre-cancerous changes in cervical cells and has saved untold thousands of lives from what used to be the number one cancer killer of women.

Turpentine, the Fountain of Youth According to Dr. Jennifer Daniels: The hunt for a treatment that cures literally everything is tempting, but it also leads to the kind of thinking that ignores evidence and misunderstands how everything works as the searcher bends reality to fit the model that they have in their own heads. This rarely leads to positive outcomes for patients. Ex-MD Jennifer Daniels was treating her patients with turpentine. This despite the fact that 15ml of turpentine can be fatal, and and that it can cause skin tumors. “She asked her African-American patients if their slave ancestors had a miracle cure that cured everything and was cheap; several of them mentioned turpentine and sugar. So she tried it for herself. … she says: “I think my IQ went up like 50 points, I could just feel it, …, just like when I was 10 years old”  … she stopped using antibiotics. She would not admit seriously ill patients with pneumonia to the hospital, but would … send them home [with turpentine].

Health Check: how to soothe yourself to sleep: “Many major causes of not being able to drop off to sleep actually happen before bedtime. Caffeine, nicotine, alcohol and food can all stimulate our brains and keep us awake at night, so be sure to limit these activities to earlier in the day. While alcohol may help you fall asleep, it’s also associated with more awakenings during the night which can leave you feeling more tired the next day. Bright lights and screens just before bed can also keep us awake. And not just because the scary movie or heartbreaking drama arouse our emotions. What many don’t realise is the light these devices emit (particularly blue wavelengths) suppress melatonin, the hormone that encourages sleep, making it harder to fall asleep.”

We can use gut bacteria to assist cancer treatment! Biotech companies compete for cancer cure: It has been known for many years that there is a strong link between the diversity of bacteria in the gut and the immune system – now research shows that priming the gut with certain bacteria makes the immune system respond better to anti-PD1 cancer inmunotherapy. This might set the stage for all sorts of immune-manipulating drugs that augment other cancer immunotherapies, or treatments for other conditions like autoimmunity.