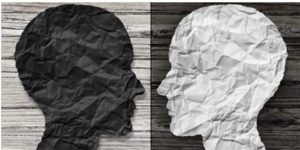 Acupuncture and the placebo problem:   “When the advocates of complementary and alternative medicine (CAM) push back against critics, they often point to the big CAM “successes.” The argument usually goes as follows: the heartless science-informed cynics have long said acupuncture (or some other CAM practice) doesn’t work, but now it is accepted throughout the world! So the cynics are wrong about everything. Mic drop”.

Should I Get the New Shingles Vaccine? “The new vaccine is more effective but causes more adverse effects. Some will welcome the additional “insurance” against a painful and relatively common condition. Others will be put off by the reported adverse effects. I am one of those. I have never refused a vaccine before, but I looked at the odds for my personal situation. I have had shingles, so there is at least a 95% chance that I won’t get it again. I have had the Zostavax vaccine, so I’m protected to some extent. I don’t plan to get Shingrix; I’ll wait for them to develop another vaccine that is equally effective with fewer side effects.

Shingrix is different from most vaccines in that it only protects the person who is vaccinated. Most other vaccines protect others in the community through herd immunity, and I strongly recommend them because of their public health consequences. I have personally decided not to get the new shingles vaccine, but that shouldn’t influence the decisions of others. I am neither recommending nor “not” recommending it. I encourage everyone to do what I did: look at the facts and make a personal decision based on their own situation and preferences.”

Acupuncture found to be ineffective for IVF! No surprise, but why move the goalposts? Isn’t that unethical? Because usually they will spin the result into a positive using various techniques and various media platforms, and yet, here we have a very clear negative, even their (social) media platforms proudly proclaims; “Fertility study finds acupuncture ineffective for IVF birth rates”.

The thinking error at the root of science denial: “This widespread rejection of scientific findings presents a perplexing puzzle to those of us who value an evidence-based approach to knowledge and policy. Yet many science deniers do cite empirical evidence. The problem is that they do so in invalid, misleading ways. Psychological research illuminates these ways.”

Alternative medicine: ineffectual, or a victim of colonial arrogance? “Few dispute that traditional cultures should be protected and knowledge preserved. But that is a long way from saying that cultural longevity confers legitimacy on a health treatment. By turning the torch on colonialism are the authors sidestepping the awkward fact that the real threat to traditional medicine comes from science, a discipline that bridges the global North and South?

The back-story is that practitioners of traditional medicine (Ijaz is a medical herbalist and shiatsu therapist) have good reason to see the randomised clinical trial (RCT) as a threat. One criterion of the US Food and Drug Administration (FDA) for approving medicines is that they been shown superior to placebo on two RCTs. It’s a standard that could ring the death knell on some TCM practices, should they be compelled to conform to it. Which, of course, plays to the authors’ point that the Western model threatens to extinguish many venerable and ancient therapies.

Remember, though, that plenty of Western medicines fall at the very same hurdle. An infamous recent example was researcher Irving Kirsch’s use of Freedom of Information to unearth 47 failed antidepressant trials from the FDA, trials subsequently buried by the parent pharmaceutical companies. If Western medicine is predatory, then, it also eats its own.”

Tradition –  Choice calls out supplement claims: “Traditionally used for” is a phrase that is now commonly used to support bogus treatments and ideas, particularly in the supplement industry. It sounds convincing to consumers, particularly the un-informed ones, as it implies a long history of successful use. However it a is phrase that actually says very little, offers no proof at all, and as such is an easy way for charlatans to get past rules that limit their false claims.

“CHOICE will be in Canberra on Tuesday calling on Federal Senators to disallow new legislation that would sanction potentially misleading and dangerous claims on complementary medicine. From claiming to help with heart function to providing anxiety relief, people stand to be tricked into thinking these products will help with a medical condition. That’s why we are in Canberra tomorrow urging Senators to ensure that therapeutic companies cannot make claims that aren’t backed by scientific evidence. Senators now have 35 days to act to disallow the legislation and wind-back the rules.”

Vaccine Shedding: Time up for another vaccine myth: Tucked away in the anti-vaccine arsenal is that little gem “vaccine shedding”. Which is quite interesting to me. I find it fascinating how a group of people can argue vaccine-preventable diseases aren’t that serious and then turn around to assert that vaccine shedding will cause the next great epidemic. Make up your mind, guys.

This article details all that is known about vaccine shedding. Briefly, the vaccine must be a live attenuated virus; recombinant vaccines cannot shed. Ever. And while some vaccines are shed in small amounts, the risk to healthy people is practically nil. Remember, these viruses are attenuated: they can’t cause disease unless your immune system isn’t working, ie AIDS, chemo patients, or seriously ill people. So vaccine shedding, while real for vaccines like rotavirus and chickenpox, does not represent a threat to public health. Another thing to stop worrying about.

Genetic testing technology. Five things to consider before ordering an online DNA test: Genetic technology has really progressed quickly in the last couple decades – Basic DNA techniques I learned about at University just 10 years ago have been superceded by newer technologies, and we can even sequence the DNA from single cells. Genetic tests are increasingly used in medicine to direct medical decisions and they are very useful for certain conditions (breast cancer risk, Huntington’s disease etc). Companies can also use your DNA to tell you your geneology, which is fairly well backed by evidence. However, some companies offer testing for more exotic traits which are not backed by evidence at all. Consumers should be wary of commercial DNA testing – and consider what sort of findings they may have to deal with.