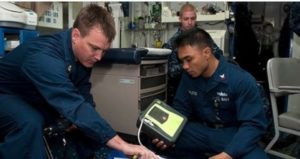 US stuns world health community by opposing breastfeeding: This is not intended as a political statement. Rather, this represents an example of a government agenda running counter to the attitude of the rest of the world. Intended mainly as an initiative to encourage breastfeeding in third world countries, this policy ran afoul of the US intention to allow women to choose their own means of feeding their baby and not attract criticism as a “breastfeeding failure”. Breastfeeding is a different proposition in developed countries as opposed to underdeveloped countries and should be viewed in that light.

Science or Snake Oil: does EASEaCOLD really help to shorten your cold? Studying herbal preparations is problematic because the parts of a plant, its species, and the methods for obtaining the desired compound all may influence the effect of the compound. So comparing different studies can be challenging, and companies will struggle to demonstrate the effectiveness of their products. It may be that some of these supplements taken together have an effect, even if they don’t have any effect on their own. But there have been no well-designed trials to assess the efficacy of these supplements. Products with paracetamol and phenylephrine have more evidence they provide symptom relief than herbal supplements.

There is very little evidence the herbal and vitamin supplements in EASEaCOLD Cold and Flu, Day and Night help to treat the common cold, or the symptoms associated with a cold. Some, such as echinacea and garlic, may help to prevent a cold, or reduce its length or severity if taken prior to the cold’s onset. But good hygiene may be more effective (and cheaper!) in preventing a cold.

Fake IVF specialist Raffaele di Paolo jailed for sexual assault, deception: Di Paolo sold himself as a qualified IVF specialist who was disillusioned with the way the industry was heading. Working out of rooms in Brighton and then St Kilda Road, he sold a more “natural” approach to IVF and told patients he had left Monash IVF or Melbourne IVF after falling out with other doctors. In truth, he had never studied medicine.

Should I get the flu shot if I’m pregnant? To evaluate safety, researchers compare pregnancy outcomes such as early pregnancy loss, preterm birth, stillbirth, congenital abnormalities and the baby’s birth weight between women who were vaccinated and those who weren’t. Research has consistently demonstrated it’s safe to have the flu vaccine during pregnancy. A growing number of studies have suggested vaccination may even reduce the risk of preterm birth, stillbirth and improve an infant’s birth weight. A popular myth that continues to circulate is that the flu vaccine can give you the flu. The flu vaccines given in Australia do not contain live virus, so contracting flu from the vaccination is impossible.”

The Invention of the Automated External Defibrillator. A brief history of the defibrillator and how it saves lives: Since the 1970’s the AED has made this life-saving device more accessible to people in an emergency – requiring next to no training to use.

We have improved survival from sepsis! I nearly died from sepsis – and ignorance of this condition is killing millions:  “Sepsis symptoms can include pale and mottled skin, severe breathlessness, severe shivering or severe muscle pain, not urinating all day, nausea or vomiting. If you or someone you know has one or more of these symptoms, you should call the emergency services immediately and ask: “Could it be sepsis?””

Sepsis is close to my heart, as it has affected those close to me and it was the topic of my PhD research. But after explaining my topic, I often got asked ‘what is sepsis?’ Sepsis (or septicaemia) is a life threatening response to infection that causes whole body inflammation. Historically, sepsis was a death sentence, but advances in supportive care have decreased mortality rates to below 30%. One of the biggest factors to surviving sepsis is having it diagnosed early – so if any of the above symptoms affect a loved one, especially during an infection, seek medical advice as quickly as possible and ask ‘Is it sepsis?’

Experimental Treatments: Clínica 0-19: Not making DIPG history in Monterrey (part 2 of 3): “Let’s just put it this way. To be an experimental therapy, the treatment has to be in active testing in the lab and in clinical trials, and the doctors running IDOI are not doing any research. They’re just treating and charging patients, excusing themselves from even the most basic requirement of publishing their own survival and recurrence statistics by saying they’re “too busy saving lives.””

“The Cure Brain Cancer Foundation (CBCF) in Australia offered to sponsor a DIPG expert to travel to Monterrey to examine what Drs. Siller and Garcia are doing at Clínica 0-19…further offering to fund a clinical trial of the IDOI protocol if … results were promising. …[after excuses and stonewalling] Dr. Siller still hasn’t taken CBCF up on its offer. All the red flags are there: a highly secretive clinic whose doctors won’t publish their protocol or even survival statistics; charging families enormous sums of money, cash on the barrelhead; no science to support their claims; and a network of patients and supporters who both sell the clinic’s treatment through their testimonials and attack critics.”