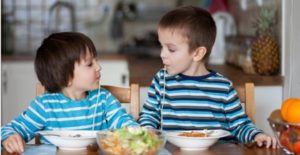 System to flag ‘dodgy’ drugs risks failing consumers, experts warn: “Harvey said it was also concerning that under the new complaints-handling system, the TGA would not routinely evaluate or publicise if regulatory action taken against those making false advertisements resulted in compliance. “The regulator is piss-weak,” Harvey said. “They lean over backwards to accommodate the profession or the industry and it really isn’t helping consumers. What about consumers misled into non-evidence-based treatment and buggering up their health because of dodgy advertising?””

Where did cancer come from? It’s a fairly hard hitting fact, but on average half of us will get cancer at some point in our lives. To understand how to best tackle this astonishingly pervasive disease, we need to understand where it came from.

Don’t want to take a contraceptive pill every day? These are the long-acting alternatives: “The uptake of implants and IUDs (intra-uterine devices) in Australia has increased from 2.3% in 2001/02 to 11.0% in 2012/13. But lack of awareness and persistent misperceptions prevent some women from considering this option. Some women (and sometimes their doctors) erroneously believe an IUD cannot be used by young women or women who have not had children, or that LARC (long acting reversible contraception) will cause a problem with future fertility.

Finding a clinic nearby to put in an IUD or an implant can also be difficult. To ensure equitable access, we need to increase the number of doctors and nurses inserting LARC across Australia through enhanced training programs and improved remuneration. While the pill continues to serve many women well, and its introduction over 50 years ago is rightly regarded as a significant step in women’s empowerment, the highly effective (and cost-effective) LARC methods are increasingly chosen by women from adolescence through to menopause across the globe.”

Five things parents can do to improve their children’s eating patterns: Getting your kids to eat healthy food can be a struggle – but latest research shows that kids learn from their parents dietary habits, particularly what Dad is eating for kids of primary school age.

Woman’s breast cancer wiped out in experimental immune system treatment: It is no secret that I love me some immunotherapies – and this weeks post is an example of one of the most elegant forms of immunotherapy – autologous T-cell transfer.

One of the problems with treating tumours is that as they arise from your own cells, your immune system doesnt recognise them as ‘foreign’ (a breast tumour is similar to normal breast tissue). What makes the tumour a tumour is a collection of tiny mutations that change the cells proteins and cause it to grow faster – but often these arent exploited by the immune system to attack the tumour. In this case, a tumour biopsy was sampled and scientists used genetic technqiues to pinpoint what the mutations were within the tumour – what were the ‘non-self’ or ‘foreign’ proteins. They then looked for immune cells within the tumour tissue that recognised the foreign structures, using incredibly precise single-cell sequencing.

Once isolated, these immune cells (T-cells) were grown up in the lab to give billions of cells, and administered back into the patient. The patient was also given Keytruda, a PD-1 blockade drug which makes immune cells kill their targets faster. The cells went to work killing the tumour – within six weeks the tumours were half the size. 22 months following treatment, the tumours were gone. The T-cells were still detectable up to 17 months after infusion. While it is still early days, this technique may be applied for many different kinds of tumours. Original paper here https://www.nature.com/articles/s41591-018-0040-8

What causes autism? What we know, don’t know and suspect: Autism. The mystery affliction affecting more and more children these days. The front runner for a cause, for those of a conspiracy bent, is vaccination. These people miss the boat in many regards, mainly in their looking for a scapegoat to blame and also in their complete disregard for the complexity of this condition. There is no single cause for autism. This has been proven in study after study. And yet, researchers still do not know the causes of autism. Being a disorder of information processing by the brain, it has thus far defied classification. What is known is there are genetic components and environmental components; and that these may interact in a manner that makes each case more or less unique. Alas, the causes of autism still remain a mystery.

The Discovery of Penicillin. The real story behind penicillin: Antibiotics are responsible for saving millions of lives and it’s hard to imagine a world where a scratch in the garden could kill you. It is all the more important then that we use antibiotics as responsibly as possible.