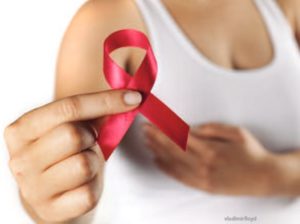 Breast Cancer + Alternative Medicine = Lower Survival: “The 5-year overall survival rate for women who refuse medical treatment for breast cancer is 43.2% compared with 81.9% for women who are treated medically. When such patients do agree to undergo surgery there has usually been a 20–30 week delay because of their prior use of alternative medicine. ”

Government decision not to ban homeopathy sales from pharmacies is a mistake:  The recent decision not to ban sale of homeopathic ‘medicine’ from pharmacies was disappointing, though not surprising. Unfortunately these products provide big profits to pharmacy chains… which sounds awfully undermining to a profession based on the ‘safe and effective use of pharmaceutical drugs’ (of which homeopathy is neither).

“The government is putting the onus on consumers to ask the pharmacist “does this work?”, and only the exceptional customer will ask.
If consumers wish to purchase therapies without a proven effect, they should be able to do so from venues that sell incense sticks and similar “wellness” paraphernalia. They should not be available for sale in an industry necessarily regulated by government and trusted by the community.”

Pharmacies avoid homeopathy ban as government parks recommendations:  “The government did not accept a recommendation to ban the sale of homeopathic products, despite the review panel warning consumers could forego evidence-based medicines in favour of the products, “which may further compromise their health”.

The review also recommended complementary medicines be sold in a separate area from other medicines where pharmacists can provide information to consumers about the extent, and limitations, of the evidence of their efficacy.

Among the bulk of recommendations not accepted and merely “noted” were reforms to pharmacy location rules aimed at preventing local monopolies that stifle competition and hike up prescription prices.

It also noted a recommendation that would have banned pharmacies from raising or lowering the price of PBS medicines beyond the co-payment set by the government.
“Currently consumers are engaged in prescription lottery,” Professor King said.

“Depending on where you live and how many pharmacies there are, you will pay very different prices for the same medicines … we didn’t think this was fair.””

Backpacks not to blame for kids back pain: Contrary to popular opinion, the analysis found no convincing evidence to suggest there was a link between back pain and the use backpacks for kids back pain, (or even weight carried or backpack type).
There are various guidelines that advise only carrying 10 per cent of body weight and… endorse[ments of] particular brands of backpacks.

Professor Kamper says. “I’m suggesting they are not really based on any scientific evidence,” he said. “If there was a cause and effect relationship it would have been apparent. It looks like people have just jumped on backpacks as an easy target without the evidence, and it’s stuck,” he said.

‘LIVING’ when used as a qualifier for any health product or food. Living Water: Using a descriptor like this tends to mean the speaker is locked into an extension of the “No True Scotsman” fallacy. We’ve all heard examples. Oh that’s not real food, that’s [insert pet peeve], you need LIVING food. It doesn’t matter what logic you give someone, they can always just claim that normal healthy products/practices aren’t good enough, aren’t really ‘living’.

However such attitudes and tolerance for BS are also easy targets for marketer to sell bogus health products and services, such as ‘Living Water’

Apparently the water is alkaline and ionised. Apparently. Of course, ionised water de-ionses just by touching anything that can conduct a few electrons, and body acidity is control by breathing, so there is no health benefit here. But with a sales pitch and feel good words like ‘LIVING’, sales are likely to happen anyway.

Health Check: is there an optimal time of day to work out?: “Exercising on an empty stomach is different, physiologically, from exercising after a meal. After an overnight fast, our bodies are reliant on fat as its primary fuel source, so if you exercise in the morning, before eating breakfast, you will essentially burn more fat.

Burning more fat during exercise may have a metabolic advantage, but does that make a difference to fat loss over a period of time? Unfortunately, it’s unlikely. Research examined the difference between exercising in a fasted state, compared with after food, for four weeks. While both groups lost fat mass, there was no difference in the amount of fat lost between fasted and fed exercise.

Researchers investigating the impact of six weeks of morning versus evening exercise on energy intake and weight loss found those who exercised in the morning ate less throughout the day, and subsequently, lost 1kg more than those in the evening group.

Great moments in health and science:

The Invention of the Electron Microscope:  Able to “see” objects far smaller than what can be seen by light, the electron microscope can study and diagnose diseases by looking at the incredibly small component