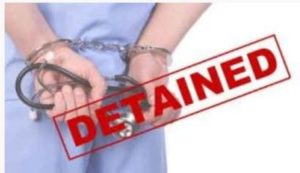 Do vitamins and supplements really work? Dr Ken Harvey, makes an appearance on ABC Nightlife to talk about the evidence for herbal, mineral and vitamin supplements, and the issues around them.   “The [vitamin and supplement] industry really sells hope. [rather than health benefits]”

Separating fact from fiction in maternal-fetal medicine: Anti-D immunoglobulin for the prevention of hemolytic disease of the fetus and newborn: “Hemolytic disease of the fetus and newborn is a potentially deadly, but nearly completely preventable, complication of an otherwise normal and healthy pregnancy. It is a great example of how evolution doesn’t have to be perfect, just good enough, because nature doesn’t care about a few thousand dead babies as long as the species survives. The development of a safe and effective means of preventing HDFN is one of the most incredible examples of the benefit of applying science to the practice of medicine.”

A Chinese medical doctor was detained for 3 months for his remarks that a popular Traditional Chinese Medicine (TCM) was ‘poison’. TCM is an enormous industry in China, with a total value in excess of $130 billion in 2016. The case is the latest in a series of skirmishes between proponents of TCM, which lacks medical trials to prove the efficacy of some substances, and doctors advocating for evidence-based, peer-reviewed medicine.

How to make sense of contradictory health news: We are constantly bombarded with breakthroughs, cautions and advice on how to manage our diets and health generally. Coffee causes cancer, coffee is good for you. Red wine is beneficial, but don’t drink too much or too often. It’s enough to drive anyone insane. This article will not cut through all of the fog, but it will help you discern which announcements have merit and which are pure sensationalism. And in the process, help you to relax about what you should or should not be doing.

Homeopathy:  Homeopath “treated” 4-yr-old boy’s behavior problems with saliva from rabid dog: This is the completely wrong concept that a treatment will cure the symptoms it treats; eg A homeopath, deciding that a 4 yr old with aggressive tendency should be treated with rabid dog saliva.

You know that a movement has problems when it is impossible to parody because any joke made could still be the truth. So it is with homeopathy. However it should be recognized that rabies is a fatal disease, so really this is not funny at all. Now you may say that that is ok, homeopaths dilute to the point of non existence. However that does assume that the homeopath actually followed their lab procedures properly. Essentially this child was put as risk of death by ANY mistake the homeopath may make, but was only unharmed because ALL of homeopathy is incompetent.

Invention of the Adrenaline Autoinjector (EpiPen): A mighty pen:  Life-saving, portable and able to be used easily without medical training, the adrenaline autoinjector acts quickly as anaphylaxis can be deadly in minutes.

Monday’s medical myth – the flu vaccine will give you influenza: “It’s physically impossible for the flu vaccine to cause the flu (influenza) because the vaccines licensed for use in Australia are all inactivated. This means the viral cells in the vaccine have been killed and are not capable of causing infection. Any decision about having a flu vaccine should be made in consultation with a health professional. But when doing so, it’s worth considering the facts: