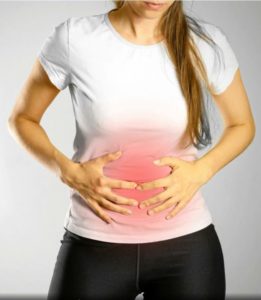 Given the sheer number of statistical tests performed one must be prepared to find some false positives and this is very likely what happened here. Paradoxically, though many had trouble calling the brain cancer and cardiac schwannoma finding spurious, they were more than willing to attribute the increased survival to the play of chance. Remember that rats exposed to cell phones lived longer then controls, probably because the control group rats developed more kidney disease for some unknown reason. No one truly believes that cell phones will extend survival, but people’s preconceived notions allowed them to dismiss some “statistically significant” results and not others.

It is also worth remembering that the amount of cell phone exposure given to these rodents (whole body irradiation 9 hours a day for 2 years) is unlike anything you will experience as a human being. I do not think that this study should affect your life in any way. Although, perhaps John Bucher, the NTP researcher I quoted earlier, put it most succinctly in an interview with Reuters. Asked what the public should take from the study, Bucher said, “I wouldn’t change my behaviour based on these studies, and I haven’t.”

If Bucher isn’t going to change his behaviour, then you probably shouldn’t either. The only suggestion I would make about cell phone is to stop using them while you drive since thousands of people die every year due to distracted driving. Like Counsel’s student who rolled all those sixes, we are remarkably unwilling to admit that sometimes our results are the product of random chance. The link between cell phones and cancer in the NTP study is very likely due to random chance. The link between cell phones and traffic accidents is very real.”

The dangers of using black salve for skin cancer treatment: Among the icons of alternative medicine, black salve stands tall. Taking control of your health, in this case treating your cancer at home, is a favoured trope of alt-med. But I ask: who would want to? Black salve is an escharotic, in other words an agent that destroys tissue. Sure it will kill skin cancer cells but also all of the skin the salve touches, creating a large patch of dead skin surrounded by massive inflammation. And here’s the kicker: to achieve a cancer cure, you must kill all of the cancer. Every last cell. Would you trust this napalm-like substance to remove every cancer cell? I know my answer. So black salve may work for low-risk basal cell carcinomas and squamous cell carcinomas (if you are willing to deal with the infection, scarring and deformity that can come along with the treatment), but using it for melanoma is worse than Russian roulette. It’s a recipe for disaster and seriously not worth the risk.

Funding allocated to educate girls about endometriosis: A program is being launched to teach schoolgirls about their bodies and endometriosis, in a move to increase awareness about the condition. Historically, endometriosis has been difficult to diagnose, with many women’s pain dismissed as being part of normal menstrual cycle pains. Greater awareness in our girls of what is normal and what might be warning signs of endometriosis or other conditions will empower them to seek treatment.

Kids with autism less likely to be fully vaccinated: “While this research was quantitative in nature and therefore not able to give insight into why these disparities exist, the authors said parental vaccine refusal would likely play a role. Sydney University’s Dr Nicholas Wood, who was not involved in the study, said this could be the case on two fronts. For children with autism, parents might resist administering further vaccinations for fear of worsening the condition; a notion which is not grounded in evidence. For the younger siblings, parents might feel the early childhood vaccinations caused autism in their older child, and are therefore unwilling to have their subsequent children vaccinated.

“Traditionally there has been a thinking that ASD (autism spectrum disorder) is linked with the MMR vaccine,” Wood said. Looking specifically at the MMR vaccine, 96% of neurotypical children were vaccinated at 4-6 years, compared with 84% of those with autism. Of the younger siblings of neurotypical children, 94% received their MMR vaccination for 1-2 years, while for siblings of children with autism in the same age group, the rate was 77%. These figures suggest Wakefield’s 1998 study continues to generate fear.”

Ditch bottles, use the tap: Sydney Water “The UN estimates by 2050 there will be more plastic in the ocean than fish with Ms Fitzgerald urging supermarkets to start moving away from plastic bottles. But for supermarkets to shift, consumers need to change their behaviour and avoid buying bottles and instead start using tap water.”

Hair analysis – Commercial hair analysis: A cardinal sign of quackery: Hair analysis is a test in which a sample of a person’s hair—typically from the back of the neck—is sent to a laboratory for measurement of its mineral content. This type of analysis used by chiropractors, “nutrition consultants,” physicians who do chelation therapy, and other misguided practitioners who claim that hair analyses can help them diagnose a wide variety of health problems and can be used as the basis for prescribing supplements.

Hair analysis is not reliable for evaluating the nutritional status of individuals. In 1974, the AMA Committee on Cutaneous Health and Cosmetics noted: “The state of health of the body may be entirely unrelated to the physical and chemical condition of the hair. Hair analysis is worthless for assessing the body’s nutritional status or serving as a basis for dietary or supplement recommendations. Nor should it be routinely used to screen people for heavy metal toxicity. Should you encounter a practitioner who uses hair analysis for any of these purposes, run for the nearest exit and file a complaint!