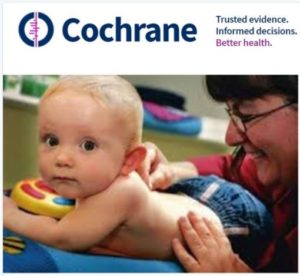 Cochrane Acupuncture Update: Over 60 Cochrane Systematic Reviews fail to find robust evidence to support clinically significant outcomes for acupuncture for any disease or disorder: In the time since acupuncture first began being seriously researched by medical researchers and many, many millions of dollars spent on this endeavour, the CT scan was invented and the MRI too, HIV was discovered and with research and treatment advances went from a 10-year death sentence to a treatable chronic disease with close to normal life expectancy, several childhood diseases have had their incidence significantly reduced due to research on new vaccines and many other medical treatments have been invented and their efficacy confirmed by research. Yet for acupuncture, thousands of (mostly low quality) research papers later, the conclusion of the most rigorous reviews of the research are so often a rephrasing of the words: Not enough evidence, more research needed. Imagine if we still didn’t know if CT scans could be used to diagnose disease or whether anti-retrovirals helped treat HIV – it would suggest that either these practices don’t work at all or that they work to such a subtle extent that they are nearly identical to placebo.

NHS spends £25million on acupuncture each year despite experts saying there is ‘insufficient’ evidence it helps fight pain: “Health services should use their limited resources for interventions that have been proved effective,” he said. Even in China – the country that invented the practice, which usually involves putting needles in the skin – it was ‘considered irrational and superstitious’ as far back as 1700.

Side note: Journalistic ‘balance’ fallacy. Even well intentioned articles often fall for this. Note how articles critical of alternative medicine always seem to end with a defensive comment from a proponent. It’s a technique used to soften critical messages and deflect possible backlash to the article. This much the same as movies that explain everything rationally but end with a spooky question just so that they do not alienate the believers in their audience. A stronger position would finish the message that is important in the article.

Beware the snake-oil merchants of alternative medicine – your life could depend on it: The market for unproven alternative medicines is worth over €30bn worldwide. The sheer ubiquity of odious cranks throughout the ages is exemplified by the abundance of terminology for such individuals, all with diverse etymology.

For all their risks, opioids had no pain-relieving advantage in a year-long clinical trial: “For years, doctors turned to opioid pain-killers as a first-line treatment for chronic back pain and aches in the joints. Even as the dangers of addiction and overdoses became more clear, the drugs’ pain-relieving benefits were still thought to justify their risks. Now researchers have hard data that challenges this view.”

Three decades ago, the World Health Organisation identified alcohol as a group one carcinogen, in the same category as tobacco. But many health professionals and others still don’t connect alcohol and cancer. It has been estimated that alcohol is a leading cause of cancer worldwide, contributing to 770,000 cases. Cancer risk can increase at relatively low levels of consumption, and rises the more you drink. It’s also influenced by individual vulnerability. For bowel cancer, risk increases from two standard drinks a day. For every standard drink, breast cancer risk for women increases by around 12%. Cancers of the larynx (voice box) increase from one standard drink a day – daily consumption of ten standard drinks a day increases the risk four-fold compared to not drinking. Similar evidence exists for mouth, oesophageal and liver cancers. Emerging evidence suggests we also need to consider associations with prostate, pancreatic, lung and gallbladder cancers and malignant melanoma.”

The vitamin supplement craze is mostly hogwash: “When I asked my boyfriend why he insisted on a morning multivitamin, he could not definitively tell me. ‘It makes me feel less guilty for eating like s…,’ he offers. ‘And I think it boosts my immune system?'” If you eat a reasonably varied diet then you should be getting the necessary vitamin intake – and I am not talking about a raw vegan 80% kale diet – a few servings of fruit and veges daily are usually enough to get you there. There’s also a school of thought that ‘nutritional context’ may be important for many of the benefits attributed to vitamin intake anyway. (And if you eat like s… just supplement your diet with some broccoli or an apple rather than wasting money on multivitamins.)

Oxygenation Therapy: Unproven treatments for cancer and AIDS: Searching the net for “ozone therapy” will yield links to numerous organisations promoting the use of ozone and/or hydrogen peroxide for treating cancer. On the good side, ozone and peroxide don’t seem to be overly toxic to people. On the bad side, there is no proof it works. None. And to make matters worse, these “treatments” for cancer are promoted as alternative, meaning the person using this therapy is forgoing standard medical treatment. Not good. On the chemistry side of the matter, both peroxide and ozone are strong oxidising agents. Peroxide is effective in the killing of bacteria by white blood cells. All well and good, but I wouldn’t want a batch of oxidising agents capable of producing free radicals pumped into my blood stream. But I’m kind of funny that way.

The invention of the “Heel Prick” Test for newborns. Neonatal screening test:This simple and routine blood test has made possible the diagnosis of many important medical conditions well before their symptoms appear, such as Cystic Fibrosis. In the case of Phenylketonuria, Congenital Hypothyroidism and Galactosaemia, this early identification means that treatments and interventions can be started that will allow the baby to live a healthy long life, whereas without identification the outcome was frequently death or severe brain damage.

Methodolatry: An over-reliance on placebo-controlled trials: Randomized placebo-controlled trials (RCTs) are often referred to as the “gold standard” for clinical research…[but] among the general public, there is a common misconception that RCTs are the only reliable method and nothing else counts as valid science. For example, anti-vaccers often demand RCTs showing that vaccines are safe and effective (see note), and they routinely dismiss other methods, even when those methods are more suitable to answering the question at hand… This is, of course, nonsense and represents a fundamental misunderstanding of how science works.

Note: There are actually lots of RCTs for vaccines, anti-vaxxers just ignore them. These studies usually come from the development of new vaccines, and they are quite good at showing that vaccines are effective; however, while they do support the safety of vaccines, for many safety concerns, other methods are actually superior (see the rest of the post)

Researchers show a cancer defense mechanism could be turned back to attack tumours: Researchers can direct anti-cancer agents against disease-associated proteins, not just cells! This work has shown that we can use CAR-T cells to target soluble mediators rather than just cells (like tumour cells). This means we could use CAR-T cells as assassins to target and destroy mediators from all sorts of diseases – like organ rejection, autoimmunity and chronic inflammation – thereby broadening the applications for CAR-T cell technology.