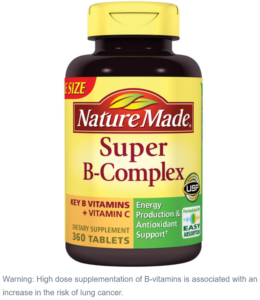 Naturopathic Cancer Quackery: Naturopaths treat cancer with an array of implausible concoctions that are not based on clinical science, and then defend themselves with cease and desist letters.

How dodgy health clinics are getting away with it: The ACCC is unable to pursue all the complaints it receives, and the regulatory groups do work to determine which body’s jurisdiction the complaint would best fall under. However, if AHPRA does go after the Australian Male Hormone Clinic there’s a question mark over how effective it would be. “A $10,000 penalty per offence (for a body corporate) is hardly a deterrent for a business that rakes in $4000 to $5000 per patient,” Professor Harvey said, calling for penalties more in the realm of the $6 million that the ACCC successfully forced Reckitt Benckiser to pay for their misleading Nurofen specific pain products. Professor Bismark, at the Centre for Health Policy at the University of Melbourne, said it was a balancing act between responding to complaints quickly and taking timely action on the one hand, and ensuring a fair and considered decision is made after taking the time to collect all the necessary information.

Neck Manipulation, Stroke, and the Vertebral Artery Stretch: Views, Opinions, and Options: “Although controversy continues to surround the use of cervical spine manipulation and its potential to cause stroke by injuring a vertebral or internal carotid artery, there appears to be no doubt that neck manipulation can be a cause of stroke. As suggested by the American Stroke Association, informed consent should be a prerequisite for neck manipulation. Some manual therapists choose to avoid the “fear factor” by not asking for informed consent when providing neck manipulation if the patient appears to be healthy ─ an approach that fails to consider that some patients may have undetected vascular or structural abnormalities that predispose them to manipulation-related injury. Besides, in many cases, strokes that have occurred in young people following neck manipulation have been shown to be the result of injury to a healthy vertebral artery. Stroke caused by manipulating the cervical spine is a rare but devastating event. When there is any doubt about the need or the safety of neck manipulation, it is always best to forego such treatment and to consider other treatment options ─ a decision requiring that the patient as well as the provider be well informed about the risk involved.”

Reducing the Risk of Preeclampsia in Pregnant Women: In this study, low-dose aspirin is recommended for pregnant women considered to be at high risk of pre-term pre-eclampsia (high blood pressure in pregnancy). We recommend you consult your obstetrician if you are concerned you may be in this group.

Antiretroviral Treatments for HIV: Whlst a cure for HIV remains the goal of HIV researchers and scientists, antiretroviral medications are responsible for significantly increasing the life-expectancy of those with HIV, reducing transmission risks and reducing disease symptoms.

Galvanic Skin Testing: ZYTO: An Electrodermal Diagnostic Device Is Tested and Fails Miserably: Electrodermal testing is bogus. The devices are basically galvanometers that measure skin resistance. Galvanic skin resistance has no relation to diagnosis or treatment of any disease, but practitioners claim to diagnose and treat all diseases, food allergies, nutrient deficiencies, even defective teeth!

The Placebo Effect Is A Lie: “This is a story about placebos. Placebos offer a simple conceit — a sugar pill, consumed by a suitably optimistic patient, provides the same effect as the drug it mimics. Headaches are relieved. Heart rates are lowered. Confidence is built. Except the whole idea — the “placebo effect” — is in fact a carefully constructed fraud. To understand this story — how the entire medical establishment came to believe a complete fabrication — we have to first understand a bit about the history of medicine, a bit about the ethics of treatment, and a bit about the structure of science. So strap in for a ride.”

Explainer: what is chronic kidney disease and why are one in three at risk of this silent killer? “Making lifestyle changes including losing weight, stopping smoking, controlling blood sugar levels and making healthy dietary choices cannot be emphasised enough as these factors slow progression of kidney disease, mainly through improved blood pressure control. People with chronic kidney disease also need to be monitored, not just for declining kidney function but also so they don’t develop complications such as anaemia, bone disease, malnutrition and heart disease.”