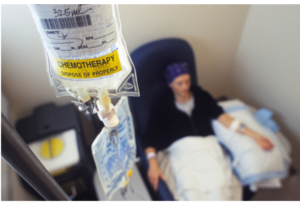 Comment on the (FDA) Notice: Draft Revisions to the FDA Blueprint for Prescriber Education for Extended-Release and Long-Acting Opioids; Availability; “Recommendations by the FDA (US) impact all countries.  FSM appreciates that it is appropriate for the FDA to recommend multidisciplinary pain management strategies. However, we remain concerned, that the FDA ‘Draft Blueprint’ suggests that acupuncture could have a place in patient care and that it is an effective alternative intervention for pain management.”

The debate about homeopathy is over. These verdicts prove it: A collection of recent statements, compiled by Professor Edzard Ernst, from national or international organisations (rather than from single individuals) that are independent, conducted a thorough assessment of the evidence and have a reputation of being beyond reproach.

Quackademia down under: Quackademia is an apt term for the teaching or promotion of quackery in universities. Australian events also offer a glimmer of hope in this usually bleak situation. Sometimes our protests do have an effect!

Recklessly stupid TCM-promotion by the ‘Daily Mail’: The ‘Daily Mail’ is not a paper famed for its objective reporting. In politics, this can influence elections; in medicine, it can endanger public health.

Questionable “Young Blood” Transfusions Offered in U.S. as Anti-Aging Remedy: A startup called Ambrosia will fill your veins with the blood of young people and empty your pockets of $8,000.

This simple blood test can predict cancer years before symptoms: A new type of non-invasive cancer test has just delivered promising results in an early-stage feasibility study, paving the way for a future when we’ll be able to get highly accurate cancer screening with a simple blood test

Boys should also get the HPV vaccine to protect themselves from oral and genital cancers: The human papillomavirus (HPV), which causes cervical cancer in women, is also responsible for many cancers in men.