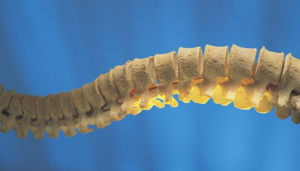 Chiros to lose spinal X-ray Medicare rebates: Chiropractors will lose access to Medicare items for spinal X-rays for low back pain as part of the government’s implementation of the MBS Review Taskforce recommendation.

Chiropractic for kids: a pack of offensive lies: “There is no doubt that chiropractors continue to treat children and advertise their services for childhood conditions. I am not aware of good evidence to show that chiropractic is effective for any childhood condition at all. I have assembled here a few pictures posted by chiropractors on Twitter. They all relate to chiropractic treatments for children. I hope that the many chiropractors who read my blog could now point us to the evidence that supports the claims made… If they cannot do that, [and] they fail to clearly state that these posts are deceitful, they are tolerating quackery in their own ranks without objection – and that would render them unethical!” – Edzard Ernst.

Subgroup analyses of the effectiveness of oral glucosamine for knee and hip osteoarthritis: a systematic review and individual patient data meta-analysis from the OA trial bank: The meta-analysis found no benefit for the popular supplement above placebo.

Anti-vax Film Screened at Australian National University: Anti-vaxxers resort to subterfuge in order to show their infamous film “Vaxxed“. This serves to point up what a fringe element the anti-vax movement is, that they must skulk in the shadows lest the screening of their “documentary” gets banned by right-thinking people.

“The ruling in Boatmon v. HHS, while defensible legally, is indefensible on a scientific basis, even though Special Master Gowen specifically said that the evidence existing is that vaccines don’t cause SIDS… It’s also an outlier that ignores all the other previous NVICP rulings that have rejected the very same hypothesis of ‘cytokine storm’ as a mechanism for vaccines causing SIDS [and rejected the same expert witness]. The difference between antivaxers and … of science-based medicine is that antivaxers recognize that courts do not determine science when a court rules against them but are eager to paint a court decision that supports their pseudoscience as ‘proof’… In contrast, we recognize that, even when the court rules according to science, it is not a scientific ruling, but a legal ruling that happened to get the science right. This makes it easier for us to point out the same thing when the court gets the science wrong.”

The Organoid Architect: Organoids may be the key to personalising medicine for many conditions. “Organoids can help predict how an individual will respond to a drug— making personalized medicine a reality … It is highly likely that organoids will revolutionize therapy of many severe diseases.”