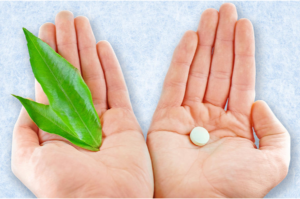 The Supplement Con: A new article in Business Insider challenges the major narrative promoted by the supplement industry – that supplements are safe, effective, natural, and actually in the bottle. If we are lucky, this may mark a the start of a sea change in how Americans see supplements.

Pregnant women shouldn’t start taking vitamin B3 just yet: reports it prevents miscarriage and birth defects are overblown: This new study is scientifically excellent and the authors have great credentials. But media reports, and the research institution itself, have made claims not supported by the science. Whether niacin is useful in human miscarriage has not been studied. The birth defects studied in the paper are rare and whether the findings apply to others is yet to be determined. So potential parents need to be aware that, no, we have not found a way to prevent miscarriages and birth defects. And potential mothers should not start supplementing their diets with high levels of vitamin B3 because it hasn’t been tested in humans, and we don’t know what effects it will have.

Medicine’s gender revolution: how women stopped being treated as ‘small men’ : “Until relatively recently, [Clinical trials] were mainly conducted with males for a number of reasons, including availability to participate and concerns about the impact on women’s reproductive health, or the impact of menstrual cycles on the trials. Restricting difference also makes trials cheaper by reducing the required sample size (even though it leads to inaccuracies for various important subgroups). Women were excluded because they are different, but the results were applied to them because they are nearly the same. And when women and men are included in trials, the results are usually not published separated by sex, so the findings may be inaccurate for all participants.”

The global crackdown on parents who refuse vaccines for their kids has begun: There’s a school of thought that refusing vaccines on behalf of your children amounts to child abuse… We know vaccines are overwhelmingly safe and effective at preventing the spread of disease. And yet failing to immunize children can put them [and others] at tremendous risk of illness or even death … Australia and a number of countries in Europe are fed up [and] experimenting with punitive measures… Punishing parents for doing things that could harm their kids is not without precedent… For example, there are laws in various states requiring parents to use car seats or seat belts for their children. Same goes for firearm storage laws.

Cancer treatment can be an emotional time and can affect the mental health of patients. Even patients with highly treatable cancers worry about their mortality, whether they will lose their hair or their fertility, whether someone can watch the kids while at treatment and whether they will be able to enjoy the things they used to when this is all over. What they should not have to worry about is whether or not their workplace will continue to employ them.

Research shows that continued engagement with work and other activities benefits the mental health of cancer patients. While significant restructuring may be required (eg. moving on to fewer manual tasks, working from home, altering working hours to fit in treatments), providing a supportive environment for cancer patients to continue or return to work makes a large difference in their lives.

Artificial vision: what people with bionic eyes see : Bionic eyes can help some blind people to perceive their surroundings. While the bionic eye technology still requires refining and is not equivalent to full vision, current models can enable patients to observe objects and people, for example locating doorways, thereby reducing reliance on assistance animals. The incorporation of other forms of imaging, like thermal imaging, can help patients observe people more easily in social interaction. Developments in nanotechnology may also help researchers fine-tune the signals sent to the brain to achieve better resolution.

Food fortification –  Why Iodine is added to salt: To name one example of food fortification, the fortification of salt with iodine has been used to combat iodine deficiency – the number one cause worldwide of goitre. One ton’s worth of salt can be fortified with potassium iodate for approximately one dollar.