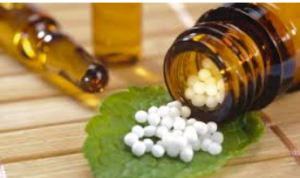 King Review: Homeopathy shouldn’t be sold in PBS-approved pharmacies: FSM’s Ian Carr has welcomed King Review recommendations on homeopathy .The interim report of the Review of Pharmacy Remuneration and Regulation states that “there are unacceptable risks where community pharmacies are allowed to sell homeopathic products”.

Monash University SPHPM “Whack-a-mole” project 2017: This project’s aim is to provide students with practical experience of the role of regulators in protecting the public from false and misleading therapeutic claims by product sponsors and health practitioners. Why “Whack-a-mole”? Because, given deficiencies in the current regulatory system, no sooner does one miscreant get “whacked” than another (or the same one) pops up!

We must hold charlatans to account: “There you have it – encapsulated – the story of many families who feel that their children have been “injured” by the system. Rarely is this factually true, but it may be essential to the family’s coping strategy to have an external locus of blame, an ogre to rail against – be it “arrogant” doctors, the “unfeeling” government, “corrupt” services or “evil” Big Pharma. Is it any wonder that these families are vulnerable to the organised antivaccination movement, plus a range of purveyors of scam therapies? These can give (false) certainty and hope, simple answers, simplistic solutions, validation of suffering and a supportive community – all the things these families are crying out for.”

Controversial author banned from lecturing at Adelaide Universities: Lectures from nutrition writer Christine Cronau, author of ‘Bring Back The Fat 2017’, has moved to a venue at Hallett Cove after protests against planned appearances at the University of Adelaide and the University of South Australia. Prof Alastair MacLennan is interviewed.

Medical Facts and Figures in History

Fun with Spanish Flu Myths: It’s amazing. Every proponent of complementary/alternative medicine has their own pet theory explaining the great influenza pandemic of 1918-19. Most involve vaccination as the cause, some blame aspirin; but one unifying principle shines through all the murky unsubstantiated assertions: each specialty– be it homeopathy, osteopathy, chiropractic or naturopathy– proved to be the only truly effective means of treating the flu and made all the conventional doctors look like bungling idiots.
My favourite bit is the final sentence, it sums it up so nicely: “I was reminded of a quotation from Albert Einstein’s letter to a colleague: ‘Your chain of reasoning is so wonderfully self-contained. Except for agreeing with reality, it is certainly a grand intellectual achievement.'”

Back To Life: Deep Brain Stimulation: Parkinson’s disease can be managed with electrodes.

‘There used to be a joke … that neurology “is just ‘diagnose and adios.’ You can tell (patients) what’s wrong with them, but you can’t do anything about it. That’s not true anymore …There’s so much we can do for our patients and just really improve their quality of life.”’

Murdoch University backflips on decision to host controversial ‘nutrition adviser’: Universities in Adelaide and Perth have cancelled Christine Cronau’s appearances after campaigning by the universities’ students and community. FSM campaigns for evidence based medicine to be supported by universities. The previously questionable decision by the various universities to allow sham medical advice to be promoted has been reversed.

This may have seemed like a rather obvious point, but apparently we needed the New England Journal of Medicine to tell us. This is because new appointees to Health and Human Services (USA) have a penchant for “alternative facts”, and using abortion related to terms to make things sound scary is one of their tactics.

“Perhaps the most insidious and politically potent assertion … is that common forms of contraception are actually abortifacients. This is not a new claim… but it has taken on enormous importance with the rise of “conscience clause” refusals by physicians, nurses, and pharmacists to prescribe or provide hormonal contraceptives, emergency contraceptives, and IUDs because they oppose abortion.”

Antibiotics 1928-2000: The Discovery of Antibiotics. Imagine a world in which even commonplace and “simple” surgical operations carried a high risk of death from later infection and where 80% of staph wound infections were fatal. Antibiotic resistance is a serious and important problem quite simply because of how phenomenally useful and life-saving antibiotics are.

Two in five pregnant women don’t receive care in the first trimester: “Researchers said teenagers, unmarried women, smokers and migrants were among those least likely to receive a comprehensive assessment from a doctor in the first 14 weeks of their pregnancy.

Antenatal care involves regular monitoring of a pregnant mother by health professionals. This can include physical tests, blood tests and ultrasounds.

Tests provided during antenatal care can detect whether the woman is at risk of preterm birth. They also examine the health of the fetus and check for congenital defects such as heart defects and Down Syndrome.

“Fewer antenatal visits, and delayed entry to ANC in particular, hinders timely and important health advice and education and benefit from screening tests,” the researchers wrote.”